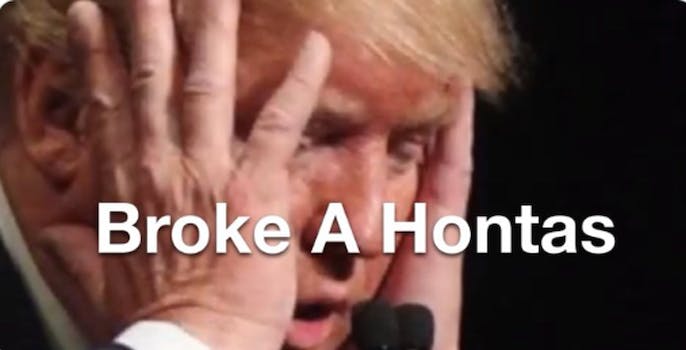 The ‘Brokeahontas’ hashtag has a glaring blind spot—it’s racist

A new hashtag has started to trend on Twitter in response to the breaking news of President Donald Trump’s tax fraud. #Brokeahontas, which has thousands of tweets and retweets, is being used to describe Trump’s financial stability. His refusal to release his tax returns suggests that he’s in deep debt, or in other words, leaning near the edge of being broke.

…But the phrase, which derives from the name Pocahontas, has a historically racist ring to it. Pocahontas was a young indigenous girl who was raped and captured by white colonizers in the early 1600s. Now it’s being used to describe Trump, who has made very few efforts to protect and preserve indigenous land and culture during his term. The usage of a phrase influenced by a Native American woman’s name, in order to call out a president who has been publicly racist and misogynistic, isn’t exactly progressive. Some Twitter users took note of the phrase’s derogatory characteristics and immediately called it out.

Perhaps others will take note of the harm and hypocrisy of the term as well. Some Twitter users have already taken matters into their own hands and suggested #BrokeAssTrump as a replacement.