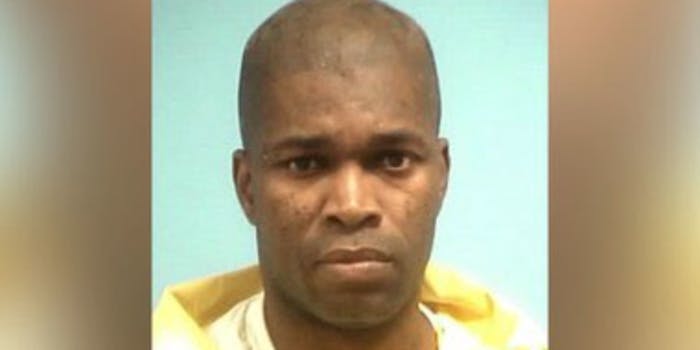 'I can buy 30 grams of marijuana right now, legally, for about $100, and have it delivered to my house.'

The State of Mississippi upheld a man’s life sentence for the possession of 30 grams of marijuana. The Tuesday decision sparked conversations about the state’s ruling in the face of broadening decriminalization of marijuana.

According to the Associated Press, the Mississippi Court of Appeals upheld Allen Russell’s sentence “because he had previous convictions and those made him a habitual offender.” The appellate court justified its ruling, in part, through precedent, naming a “recidivist criminal” from the 1970s.

In a tweet in support of Russell, @davenewworld_2 wrote: “Allen Russell was sentenced to life in prison for possessing 1.5 ounces of weed in Mississippi. There are 40,000 human beings locked up right now for marijuana offenses. This is the emancipation of our lifetime. We need POTUS and the Senate to legalize marijuana in all 50 states.”

In 2019, Russell was reportedly sentenced to life in Forrest County for felony possession of marijuana. Mississippi law states that the possession of 30 to 250 grams of weed is a felony with a punishment of up to three years in prison and a $1,000 fine.

Russell had reportedly already been convicted for two home burglaries in 2004 and illicit possession of a firearm in 2015. Since 2014, Mississippi has defined burglary as “violent,” regardless of proof of violence. Per AP, the state defended Russell’s current sentence because Mississippi law says a person can receive a life sentence without parole “after serving at least one year in prison on two separate felonies, one of which must be a violent offense.”

Latrice Westbrooks, a Mississippi Court of Appeals judge, held a dissenting opinion: “I respectfully submit that courts are routinely called upon to pass judgment and impose sentences in cases involving ‘low-level’ non-violent felony offenders. And, more often than not, if the offenders have prior convictions for which they can be charged as a habitual offender, they are ultimately deprived of their personal freedom largely based on a relatively minor legal infraction which, standing on its own, would call for a vastly reduced sentence.”

Many activists and other social media commentators believe the ruling is grossly unjust, given the understanding of marijuana in 2021.

Commenting on the disproportionality, television producer Michael Schur tweeted: “Russell Allen has been sentenced to life in prison for possessing 30 grams of marijuana. I can buy 30 grams of marijuana right now, legally, for about $100, and have it delivered to my house.”

He later tweeted a picture of a legal—and as many allege, overpriced—online weed store, which some believe demonstrates the racial inequality of the legal cannabis industry.

“This is why our criminal justice system is badly broken,” tweeted @c_james_. “Life in prison for possessing an actual plant that has never killed anyone ever. But wealthy whites break and bend the laws with impunity because they can afford to keep playing the system. It’s disgraceful.”

Numerous organizations confirmed that though Blacks and whites use marijuana at roughly the same rates, Black people are arrested for possession at much higher rates.