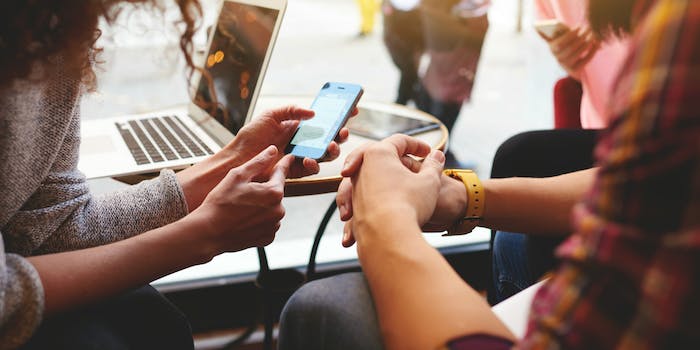 The ’10 Year Challenge’ isn’t as fun for trans people

As you can imagine, they face real privacy and harassment concerns.

Who were you 10 years ago, and would you show your past self to the internet to prove how far you’ve come?

That’s what is at the heart of the mega-viral #10YearChallenge. To some, it’s a fun internet meme to celebrate the present and ring in the new year. But to others, participating is a scary prospect, one that threatens their safety. Not everyone experiences memes in the same laughable or affirming way.

Also known as #2009vs2019, the #10YearChallenge took off this past weekend after celebrities like Jersey Shore’s Nicole “Snooki” Polizzi and director Kevin Smith joined in on the fun. The challenge quickly spread across the internet, inviting users on Twitter, Facebook, Instagram, and other social media platforms to compare their 2009 photos to the present. In many cases, that meant users sharing images from their teenage years or early 20s, showing how life has changed them for (largely) the better.

Some had kids or got married. Others came up with a new sense of style. Several lost weight. Many graduated from high school, college, or began a career. On the surface, it’s a pleasant and wholesome meme. But that’s just the surface.

For one, women in their early 20s may be uncomfortable sharing photos of themselves as a teenager, especially if their high school years were difficult, unpleasant, or still haunt them well into the next stages of their lives. The same could be said for abuse survivors who experienced some of their most traumatic times around 2009. While some survivors have certainly used the challenge to show what they’ve overcome, their 2009 may still be a sensitive and difficult time to talk about. (Conversely, many survivors may find 2019 equally awful to talk about if they are just escaping an abusive relationship now.) After all, life isn’t a straight line, and one person’s amazing new year can be an anxiety-inducing time for another.

Then there’s one of the most marginalized and targeted groups on social media: trans people. While there are plenty of trans men, women, and nonbinary folks who have been transitioning for well over a decade, many trans users only came out as trans rights grew more visible—which means they transitioned in the past five to 10 years. These users may feel uncomfortable posting in the #10YearChallenge, as publicly sharing their before-and-after photos may make them feel humiliated or dysphoric, or leave them vulnerable to transphobic harassment.

It can also be dangerous. Case in point, I’m not just a trans woman who started gender transitioning in 2016, I’m also a public figure, a journalist, and a reporter who’s faced ongoing harassment for news stories on things like Gamergate, right-wing YouTubers, and transphobia in the games industry. While I’ve shared my own before-and-after photos on Twitter before, and I’m pretty open about being transgender, I’m not a huge fan of plastering my early transition photos across social media because they may be used against me by some of my harassers.

Not just that, but it’s painful to unearth my pre-transition years and show how I looked to people who met me after I transitioned. I’m not proud of who I was in 2009. I was an asshole in high school, I was incredibly gender dysphoric, and I just wasn’t taking care of myself as a 15-year-old. Don’t get me wrong, I accept that part of my life and I’m happy to talk about it because my teen years were formative to who I am today. But I also need to set a boundary to protect my identity as a trans woman. That means refraining from posting photos of myself during my pre-transition years so I can tell my story in a way that’s affirming for me and only me.

Granted, it would be irresponsible of me to generalize every marginalized person’s experiences with the #10YearChallenge. There are many abuse survivors, women, and trans people that treat its before-and-after format as a way to reclaim their stories. The #10YearChallenge is also an incredible outlet for queer folks who had difficult or uncomfortable years in the closet, especially in college or high school. For queer folks, comparing their 2009 photos with their 2019 selfies can be an opportunity to contextualize some of the most painful times of their lives and finally get some closure. The #10YearChallenge can be incredibly celebratory too, showing how a queer or trans person has come into their own, further understood their identity, or changed up their gender expression along the way.

Like myself, queer writer Mia Violet says she feels “mixed’ on the challenge. On the one hand, she knows that trans people putting before/after photos side-by-side can be “powerful,” as it “lets people know that you can start in a really bad place” and come into your own. But as a 29-year-old trans woman, she says going back 10 years “puts me right at the moment that I was at my worst,” and a before/after format “simplifies” her 10-year journey through therapy and self-acceptance into who she is today.

“I worry that before-and-after photos contribute to a message that transition is all about looks, which is a bad message for trans and cis people to pick up, or that the more dramatic you changed the more worthy of attention you are,” Violet told the Daily Dot. “When in reality, transition is intensely personal and a really nuanced experience. Regardless of how you look, or might look, transition is worth it because it’s about how you feel, but it’s hard to convey that with two photographs.”

Then there are the larger privacy concerns around posting before-and-after photos, and how it could harm trans and queer people of color in particular. Vin Tanner, a nonbinary trans writer who uses they/them pronouns, stressed before-and-after memes could be used to teach facial recognition software to detect people who undergo gender transitioning. This is particularly troubling to them because, as they explained, many trans people are anti-fascist, left-leaning, and openly protest the state.

In particular, Tanner points to Charlie Landeros, a 30-year-old person who used they/them pronouns and was fatally shot by Eugene, Oregon police last week for unknown reasons. Landeros was also a person of color and had two children, and Tanner fears that other left-leaning and non-cisnormative individuals could be targeted by police with surveillance data.

“Think about how memes like this help the police target more trans people and activists in general,” Tanner told the Daily Dot. “I worry because I see good activists just trying to have fun, and I don’t think they realize they’re likely being watched and now the people who watch them have those photos.”

Social media isn’t an equal playing field. We all interact with its trending hashtags and memes from different perspectives, and that means the relationships we build with viral challenges are defined by our marginalized identities. We should respect our differences and accept them—and that includes those who chose to opt out of a Facebook craze for fears for their safety.