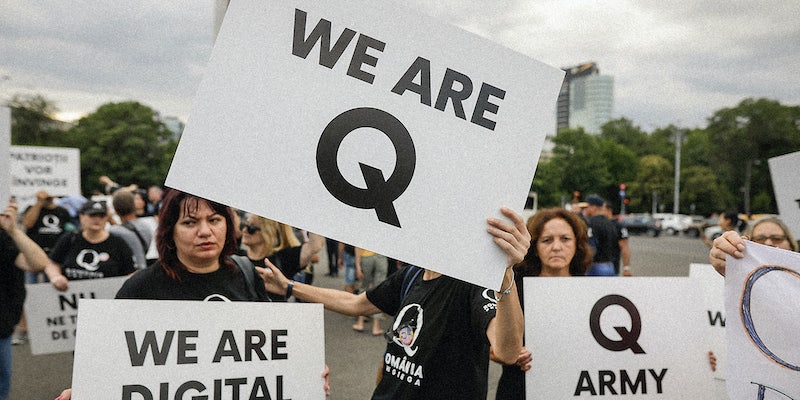 'We attempted to appeal this decision, and YouTube rejected it.'

Update 3:55pm CT: In a statement to the Daily Dot, Google said that its suspension of Right Wing Watch was made mistakenly.

“Right Wing Watch’s YouTube channel was mistakenly suspended, but upon further review, has now been reinstated,” a Google spokesperson said.

YouTube suspended on Monday the channel for “Right Wing Watch,” a group that monitors and reports on right-wing political organizations.

In an email shared on Twitter by Right Wing Watch, YouTube stated that the suspension was due to “severe or repeated violations” of its platform’s community guidelines.

Right Wing Watch says despite attempts to appeal the decision, YouTube has refused to reinstate the channel.

“Our efforts to expose the bigoted view and dangerous conspiracy theories spread by right-wing activists has now resulted in @YouTube banning our channel and removing thousands of our videos,” the group tweeted. “We attempted to appeal this decision, and YouTube rejected it.”

YouTube’s email does not specify what videos ultimately led to the suspension. The Daily Dot reached out to Google, which owns YouTube, to inquire about the channel’s suspension but did not receive a reply by press time.

News of the suspension led to a wide range of responses across social media.

Conservatives appeared to celebrate the decision by pointing out that YouTube is a private company, an argument that both conservatives and progressives often use selectively when defending actions taken by social media companies against their political foes.

Progressives responded by criticizing YouTube for removing what they felt was a “vital service.”

Hey @YouTube, you’re going to need to justify why you’ve banned an account that does nothing except flag dangerous rhetoric from right-wing conspiracy theorists,” reporter Matthew Chapman said. “These guys perform a vital service. What community guidelines have they violated, specifically?”

But not all left-wing users appeared to be opposed to the suspension. Given that Right Wing Watch regularly uploads videos of far-right activists without adding any analysis, some argued that the channel only served to spread their views even further.

“This is a tough nut to solve. On one hand, we are trying to make people aware of right-wing rage/hate, so response (if needed) is made,” @monahan_greg said. “On the other, we don’t want to amplify that same hate. YT needs to provide guidance for the former category and not the latter.”

Right Wing Watch is not the first channel to be suspended for uploading raw footage of right-wing activists.

Popular independent journalist Ford Fischer was suspended by YouTube in March after the platform similarly claimed his videos were in violation of their policies.

Fischer’s suspension, which was eventually overturned, appeared to be linked to footage he uploaded from the Jan. 6 riot at the Capitol.