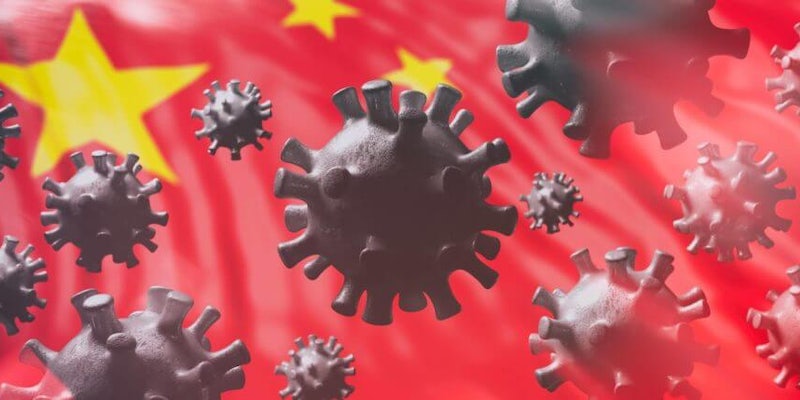 No, Bill Gates is not behind the outbreak.

Since its existence first became public in late December, the world has been gripped by news of the new viral pandemic in Wuhan, China.

Known as Wuhan coronavirus—or the technical designation 2019-nCoV—the disease has jumped from that city to a number of other countries, including a case recently discovered in the U.S. As of Jan. 22, there have been 550 confirmed cases, 17 deaths, and an endless amount of panic, speculation, and conspiracy theories.

Viral pandemics like the Wuhan coronavirus are natural breeding grounds for misinformation, unfounded theories, and a fearful population. So what’s fact and what’s fiction behind the outbreak? And how are coronavirus conspiracy theories being spread?

What is a coronavirus?

“Coronavirus” is a blanket term denoting a wide range of viral illnesses, most of which are only found in animals. A few have jumped from animals to humans, where they cause a variety of mostly benign sicknesses.

How dangerous is a coronavirus?

In animals, a coronavirus outbreak can be serious, but in humans, they’re usually mild. Two coronaviruses are responsible for the majority of common colds, and like the common cold in general, pass without lingering effects. But at their worst, or in patients with compromised immune systems, they can cause bronchitis, viral pneumonia, and other extremely rare illnesses. Two deadly strains of coronavirus were responsible for the SARS outbreak in China in 2003 and the MERS outbreak in the Middle East in 2012.

Both of those were much more dangerous and have a higher fatality rate than the Wuhan virus—so far.

How was the Wuhan coronavirus discovered?

In mid-December, a cluster of pneumonia cases was found that had similar symptoms and no clear cause. Chinese scientists isolated the virus and found it to be clustered among people who worked at a large seafood and animal market in Wuhan, a city of 11 million people. The working theory is that an animal-based coronavirus jumped to a human carrier, who quickly and unknowingly spread it.

How is the coronavirus spread?

Coronavirus spreads the way most other viral and bacterial illnesses do: contact with secretions from infected people. Initially, the World Health Organization believed the coronavirus couldn’t spread from person-to-person, but several cases appeared in other countries, brought in by travelers who hadn’t visited the food market.

Based on past outbreaks of similar viruses, a new study estimated that the number of those infected in China with the new coronavirus should be at least 4,000 — far more than the 570 or so officially acknowledged as of Thursday. https://t.co/a7dy0LrP0v

Is there a treatment for coronavirus?

There’s no antibiotic treatment for coronavirus, and no vaccine for most variations, though a vaccine for the MERS virus is in trials. Vaccine research for the Wuhan virus is only in its opening stages. Otherwise, coronavirus should be treated the same way any cold or bronchial illness is, via rest, pain medication, and fluids.

How the coronavirus being contained?

The U.S. set up monitoring stations at airports frequently used by travelers from Wuhan. Beyond that, China is attempting to contain the outbreak to Wuhan by closing off the entire city to air, road, and rail travel and attempting to keep the population indoors—a feat that has never been attempted in a city that large.

I don’t feel good. Do I have Wuhan coronavirus?

Unless you’ve been in contact with live animals in Wuhan, or with someone known to have the virus, you almost certainly have either a regular coronavirus causing a cold, or you have the flu. The U.S. is in the middle of a particularly bad flu season, and the most recent flu vaccine hasn’t been all that effective.

Any type of major world event that imperils a segment of the population is going to result in absurd pushes for real facts, and as such, coronavirus conspiracy theories are cropping up to try and explain what’s “really going on.”

In the case of the Wuhan virus, there are a number of alternate theories spreading through social media in both China and the West. Among other things, they allege that China created the coronavirus in Wuhan in a mysterious “biolab,” that U.S. researchers patented this strain of coronavirus to use as a weapon, that Bill Gates is somehow involved in the pandemic, or that China is suppressing how bad the virus really is.

Could China have created the coronavirus on purpose?

Conspiracy theorists, particularly on Reddit’s r/conspiracy, are running with the idea that because China opened a maximum security biomedical research lab in Wuhan a few years earlier, it must be connected to the viral outbreak—either through an accidental release of a pathogen or the purposeful testing of a weapon.

It’s true that China opened its first biosafety level-4 laboratory in Wuhan in 2017 to study biological threats and pathogens, and that this is the only lab that can handle the coronavirus.

The project was spurred by the severity of the SARS epidemic, as BSL-4 labs are the only sites where diseases like SARS and Ebola can safely be studied. But the existence of such a lab near the site of such an outbreak is not proof they’re related. BSL-4 labs are all over the world, including 15 in the United States. Beyond that, there’s nothing publicly known about the virus that suggests it’s some kind of superweapon or genetically engineered, merely a new strain of the very common and well-studied coronavirus.

This is another claim working its way through western social media, that this coronavirus was patented in 2015 and authorized for release just a few weeks ago. The citation being spread to back it up is a real one—a “U.S. Patent for Coronavirus” laying out the invention of a “live, attenuated coronavirus.”

The new fad disease called the “coronavirus” is sweeping headlines.

Funny enough, there was a patent for the coronavirus was filed in 2015 and granted in 2018.https://t.co/qqKRSptDgf

But this particular patent is for a variation of coronavirus that causes avian infectious bronchitis, “a highly infectious and contagious pathogen of domestic fowl.”

There’s no evidence that avian infectious bronchitis can cross over to humans and the animal thought to have been the carrier of the Wuhan outbreak is a snake, though this hasn’t been confirmed.

Patenting viral strains is common in medical research, and allows pharmaceutical companies to earn royalties on vaccines developed from those strains.

What does Bill Gates have to do with the Wuhan coronavirus?

Gates is a major funder of biomedical research and has spoken publicly of his belief that a serious pandemic could kill as many as 30 million people in a year. He’s already been linked to a $9 million grant given to a laboratory in Philadelphia to develop a vaccine for the Wuhan illness. He also was part of a group that funded a large-scale coronavirus outbreak simulation—which posited that an illness could jump from Brazilian pigs to humans and kill 65 million before being contained.

But the illness used in the simulation is much worse than the one in the real Wuhan outbreak, which has proven to be less deadly than the previous SARS and MERS outbreaks. Mostly, linking Gates to the outbreak is a way for conspiracy theorists to reinforce debunked allegations that Gates is attempting large-scale eugenics through vaccines and sterilization.

These are just the major conspiracies that have broken out in the West. Chinese social media is actively censored, and the outbreak has resulted in an even tighter crackdown on jokes, theories about the outbreak.