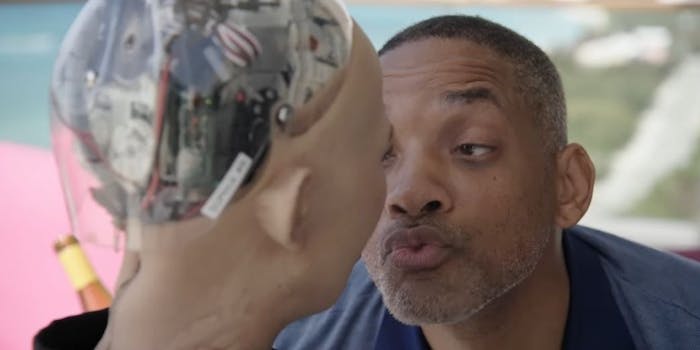 Will Smith tries to kiss Sophia the Robot, and it doesn’t go well

She also disses his music.

Will Smith celebrated his 1 millionth YouTube subscriber by strapping on a SnorriCam for his appearance on the Tonight Show. Now, he’s trying to make out with Sophia the Robot, all in the name of YouTube views.

Watch as Smith tries to, um, get jiggy with the humanoid. And yes, the video is as strange as you might imagine, especially when she disses his music while totally rejecting his advances.

Perhaps next time, Smith shouldn’t try to beat up robots in the movies he makes and he’ll have a better shot at landing a connection with a humanoid like Sophia. Or maybe she really just wants to be friends.