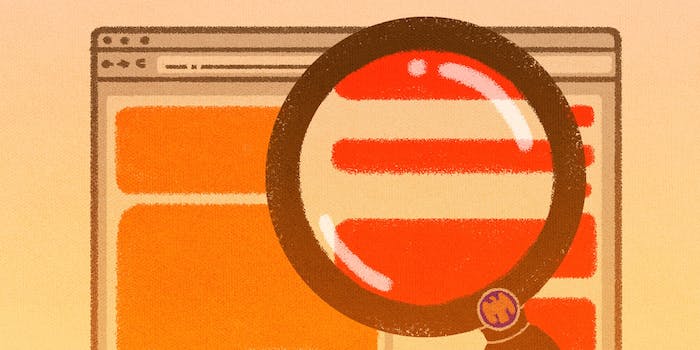 They're going to keep trying until they win.

Nine organizations, including the company that runs Wikipedia, have joined together to sue the National Security Agency for operating its legally suspect mass surveillance program.

The Wikimedia Foundation announced on Tuesday morning that it would join the suit against the NSA and the Department of Justice. Wikipedia founder Jimmy Wales said the group was doing so “on behalf of our readers and editors everywhere.”

“Surveillance erodes the original promise of the Internet: an open space for collaboration and experimentation, and a place free from fear,” Wales said.

The Wikimedia Foundation joins groups like Amnesty International USA, Human Rights Watch, and the National Association of Criminal Defense Lawyers in challenging the way the NSA has interpreted a 2008 law amending the famous Foreign Intelligence Surveillance Act of 1978, the bedrock of American surveillance reform.

“We believe,” the foundation said in its announcement, “that the NSA’s current practices far exceed the already broad authority granted by the U.S. Congress through the [2008 amendments]. Furthermore, we believe that these practices violate the U.S. Constitution’s First Amendment, which protects freedom of speech and association, and the Fourth Amendment, which protects against unreasonable search and seizure.”

In their official complaint, filed with the U.S. District Court for the District of Maryland, the groups request “injunctive relief,” the legal term for a court order compelling a defendant to cease an activity.

The American Civil Liberties Union (ACLU), which is representing the nine groups in their lawsuit, said it was motivated by the effects of NSA surveillance on those organizations.

“Our plaintiffs have had to go out of their way to take measures, sometimes at a high cost, to protect their communications from their own government,” ACLU staff attorney Patrick Toomey wrote on the group’s blog. “Despite these precautions, the chilling effect is palpable.”

In a New York Times op-ed published Tuesday morning to coincide with the announcement, Wales and Wikimedia Executive Director Lila Tretikov wrote that privacy and anonymity were essential to their contributors.

“Many of them prefer to work anonymously,” the pair wrote, “especially those who work on controversial issues or who live in countries with repressive governments.”