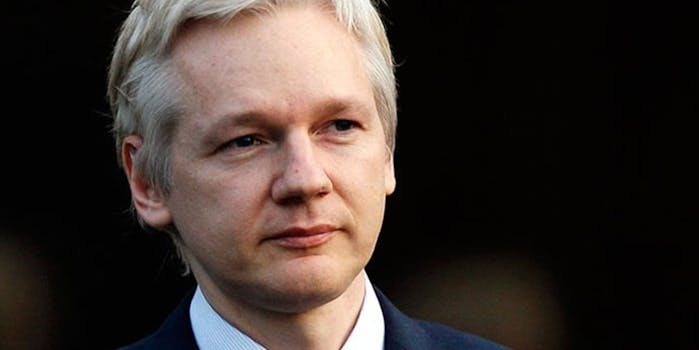 Here’s how much WikiLeaks hurt Clinton

WikiLeaks’ influential role in publishing new batches on a weekly basis throughout October, the month before election day, kept Clinton scandal and conspiracy in the headlines, according to an analysis by FiveThirtyEight.

Two main narratives dominated the month: The first was the FBI’s investigation into whether Clinton and her aides had mishandled classified information on the former secretary of state’s private servers; the second was WikiLeaks’ release of new email batches and the news stories contained therein.

Throughout the period in question, analytics show that Americans were paying more attention to the work of WikiLeaks than the FBI’s investigation. The only moment where that trend flipped briefly was at the very end of the month when FBI Director James Comey sent his letter to Congress indicating that investigators had found new emails. (The FBI would later say that nothing relevant was found.)

Polls showed Clinton commanding a seven-point lead on her Republican rival, Donald Trump, on Oct. 17, but consistent week-after-week Podesta email sensation rattled the campaign severely. Clinton’s lead dropped away, and by the time Comey’s letter was released it had narrowed to a 5.7-point difference.

Of course, Clinton’s loss of the presidential race is not a straightforward story. There were many factors at work. However, that WikiLeaks once again became a geopolitical player is significant, especially given the outcome of the election.

In a year when establishment politicians and agendas have faltered, establishment truth-seeking by way of October’s FBI investigation took second place to the raw unedited leaks.