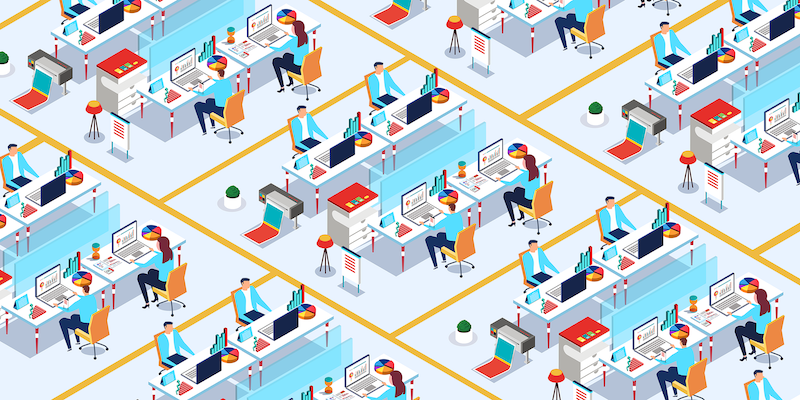 The pros and cons of Amazon Mechanical Turk

If you're going to turk, you need to do some homework first.

If you are looking for legitimate part-time employment, Amazon Mechanical Turk can certainly be that, but it will take work to learn how to turk efficiently. To each her own, but completing hundreds of microtasks per month can be incredibly draining. If you’re looking to earn a little cash on the side, here’s everything you need to know about Amazon Mechanical Turk before getting started.

What is Amazon Mechanical Turk?

Amazon Mechanical Turk (or mTurk) is a system that allows humans to complete microtasks on Amazon’s platform for money. Very, very small amounts of money. It’s been around since 2005, but lately it seems to be everywhere. In December 2017, Mashable reminded us of the “secret workforce doing tedious work,” while Jacobin wrote of neoliberals attracting “ghosts” for digital microwork. Wired reported a story about Expensify allowing Amazon workers to sift through your private data, and the Outline examined microworkers who write poetry for the site. Here at Daily Dot, we discussed the need for a minimum wage for microworkers. Amazon Mechanical Turking is in the air, and perhaps it’s not coincidental.

As the gig economy makes up 34 percent of the U.S. workforce, and the gap between rich and poor widens, it’s likely that you, or someone close to you, is looking to join millions of Americans cobbling together incomes of two, three, or four part-time jobs. There are currently over 500,000 Amazon Turkers worldwide who are doing the work that AIs can’t, and many find it a worthwhile income supplement, if not an interesting way to pass the time.

How does Amazon Mechanical Turk work?

When you sign up to work on Amazon mTurk, you are making a commitment to complete small tasks for pay, including taking psychological surveys, deciding whether content is NSFW, transcribing audio, and editing sentences that clumsy bots write. Workers are called turkers. The term derives from a historical hoax involving a chess “machine.” The turk was a human chessmaster stuffed under the machine’s table, hidden from plain sight while creating the illusion of an autonomous computer that could play chess. It’s a great comparison: Turkers are pretty much brilliantly skilled individuals, metaphorically cramped, aiding the advancement of AI.

Turkers work through and are paid by Amazon, but the groups requesting the completion of these tasks are not. Large companies, tech startups research institutions, universities, and market research firms, known as requesters, give Amazon 20-40 percent commission for access to the turker workforce.

The requesters list a task on mTurk, turkers accept or ignore the tasks, then submit the work for approval. Once the work is approved, Amazon releases the money from the requester’s account to the turker’s account.

About those tasks, they’re called HITs, which is short for Human Intelligence Tasks. A single HIT can be paid as low as a penny but may take only a couple seconds to complete. Requesters often list how long a task is supposed to take, along with the nature of the work and the requirements for completing the work. For example, requesters may only be looking for “accountants in D.C.” or “HITs approved >1000,” meaning you’ve successfully completed that many tasks.

By filling out your turker profile, Amazon will usually filter out requests that don’t fit your demographic, but this isn’t a perfect system. HITs can also be rejected if they are incomplete or incorrect, and turkers are often asked for more work based on their approval/rejection ratings.

One more thing: Since mTurk has been around for over a decade, Amazon has created a special class of workers called Masters Qualification. Turkers with masters have usually completed over 1,000 HITs and have high approval ratings. But the exact method by which Amazon chooses people to be “bumped up” to masters is unknown. As you may expect, this mystery is a source of contention within the turking community.

Anyone over the age of 18 can apply to be a turker, but whether you get accepted is up to the gods of Amazon. U.S. workers are favored, both in terms of application acceptance rates and number of HITs on the site you can do. But international turkers are welcome to apply. Whether or not Amazon will reject you, it seems to be random. If you’re shut out, you can be placed on a waiting list, which can take weeks or months to get off. And, once new workers are approved, they are placed in “probation mode” for 10-30 days. Probationary workers cannot transfer earnings during this time, and you can only accept a max of 100 HITs per day at that time. (A great guide posted on the mTurk Crowd forum called Your First 1000 HITs can be found here.)

The risks of Amazon Mechanical Turk

After signing up to complete HITs for Amazon, each worker is assigned an obscurely long mTurk identification number. Something along the lines of A3IZS0SSGW80FN. It’s generally believed that identities are anonymous and are not connected to your actual Amazon account that contains your first and last name. This is important, especially when completing psychological studies that ask questions about things like sexuality, traumatic events, and crimes you may have committed. However, a 2013 study revealed that as many as 50 percent of worker profiles can be traced back to their owners publicly. Since then, Amazon has allowed settings on turker profiles, but this may not be common knowledge to many turkers.

Then there are some morality issues. As we mentioned before, accepting ethically questionable HITs like sifting personal data (such as Expensify) or taking studies that probe you on things like past trauma or medical conditions is something to consider. Not all HITs are awful in these ways. but there are many that are.

Can you make money on Amazon Mechanical Turk?

When Amazon mTurk launched, Amazon suggested that requesters pay workers $0.10/minute. That was in 2005 (when the federal minimum wage was $5) and that suggestion was widely taken as just that: a suggestion. Since the amount you earn on the site depends on which HITs you accept, it’s up to you (the worker) to decide how much time you want to put in, what you feel you are worth, and how much you are trying to make per day. New workers, unfamiliar with Amazon Mechanical Turk tips and tricks, can make as low as $2-$3 an hour. The average worker, which includes VIP masters workers, makes about $8 hourly.

Some turkers also take into account that the more HITs they do, the more access they will have to better HITs. For example, if you power through 500 awfully paid $.05 for five-minute HITs, you will cross a threshold of HITs that require you to have completed over 500 HITs and pay slightly better. Also, you can bring your approval rating up, since many requesters require 95 percent or more of your HITs to be accepted. I personally do not recommend this method.

In general, most requesters underestimate the time it takes to complete their HITs or how involved they are versus how much they are paying. As a result, many turkers have created workarounds to separate the “good” HITs from the ugly. I’ll get to this in a moment. There are success stories, like this person who made $1,100 in his first month, but very, very few in the turking community recommend making it a full-time job. It’s easy to burn out, how much you can make daily can be unreliable, and frankly, there’s just not that many HITs that are worth doing in a day to sustain you.

I truly believe that the only way to make turking an enjoyable and worthwhile experience is to follow the decade of advice outlined by Turkers past. Here are my three favorite tips and tricks to making turking more pleasant.

Is Amazon Mechanical Turk worth it?

Like any side hustle, it’s worth weighing the pros and cons. If you already work at a desk, or you’re a student with little work history, or you’re just looking for an extra $100-$300 a month, I’d recommend trying it out. Amazon’s payment system allows you to withdraw funds once a day, and there’s no limit on how much or how little you can deposit. It’s pretty nice having an extra $25 pad your checking account now and then. But if Amazon turking bums you out or becomes triggering, leave it. That’s just my two cents—and you didn’t even have to fill out a survey to get it.