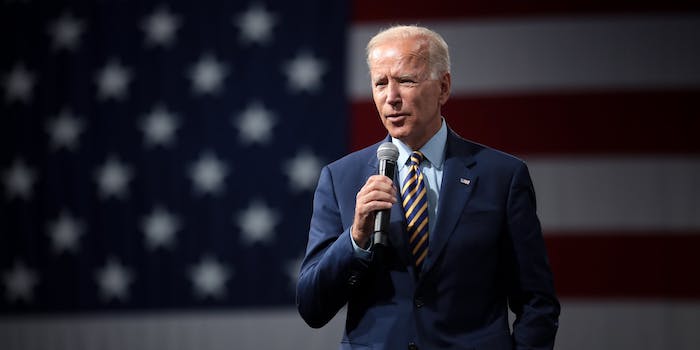 As the election draws nigh, both presidential campaigns look to capitalize on their opponent’s scandals.

For his part, Trump has focused almost entirely on Hunter Biden, the former vice president’s sole surviving son, whom conservatives are determined to cast as ne’er do well cashing in on his famous name, with, they allege, his father’s blessing and even involvement.

This week, the right-leaning Wall Street Journal seized on Hunter’s former business partner’s allegations that Joe Biden was involved in a deal with a Chinese oil company that later fell through.

On Oct. 22, a scathing op-ed by Kimberly Strassel, a member of the Journal’s editorial board, relied on text messages provided by Hunter’s former business partner Anthony Bobulinski to lay out this claim. The op-ed followed a previous piece in which the entire editorial board made similar assertions based on emails from the younger Biden’s laptop, the authenticity and contents of which have been the subject of some debate.

Also on Oct. 22, a story in the Journal debunked the notion that the elder Biden was involved with the deal. According to the article, Bobulinski’s texts don’t show either Hunter or his uncle Jim Biden discussing any role for Joe Biden. Corporate records also don’t include Joe Biden, the Journal reports.

So that was awkward.

It didn’t take long for people on social media to wonder what exactly was going on at the Journal. Some theorized there’s a war between the news and editorial sides at one of the flagship publications of media mogul and prominent Trump-supporter Rupert Murdoch. It wouldn’t be the first time such has occurred there.

Several noted that Trump has gleefully seized on a so-called scandal—even inviting Bobulinski to Thursday’s final presidential debate—that has now been arguably disproven.

“The story Trump has been waiting for, and teeing up…. is a brief that says there’s no evidence for his central claim,” commented Ben Smith, the New York Times’ media columnist.

Although many were amused by the apparent disconnect between news and editorial at the Journal, there were also numerous criticisms that the headline was misleading in the article debunking the op-eds.

The headline repeats Bobulinski’s claim that Joe Biden knew about the venture; the subhead points out that records “show no role” for him. So anyone who doesn’t have a subscription or fails to read beyond the headline, a phenomenon so common that Twitter is now prompting users to read articles before sharing, would have no idea that the article actually more definitively establishes that the presidential candidate was not involved.

The Journal has thus far not commented on the matter.