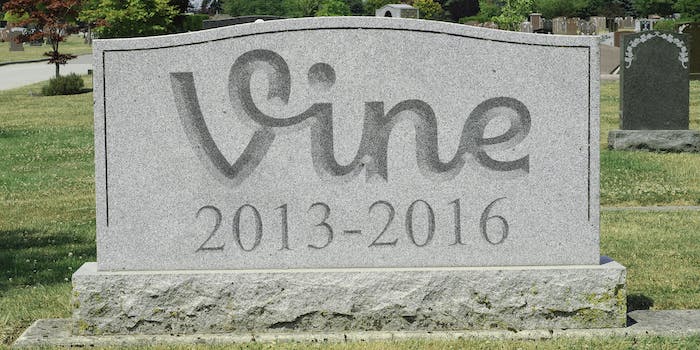 Vine’s 6 seconds of fame are up.

Vine, the looping, six-second video service rolled out by Twitter, is being discontinued.

A blog posted Thursday revealed that Vine, which was launched in 2013, will no longer be available on the app in coming months. The Vine website will remain, so users can access and download vines.

We’ll be working closely with creators to make sure your questions are answered and will work hard to do this the right way. We’ll be sharing more details on this blog and our Twitter account, and will notify you through the app when we start to change things.

Vine was, for a time, an incredibly popular platform that launched careers and original series and made “Vine star” a marketable term. It showcased incredible art. It also evolved as a parody of itself, and courted controversy.

What will become of the Vine stars?

Or they’ll have to evolve their art. For now, we’ll just wait and see and watch this vine a million more times.