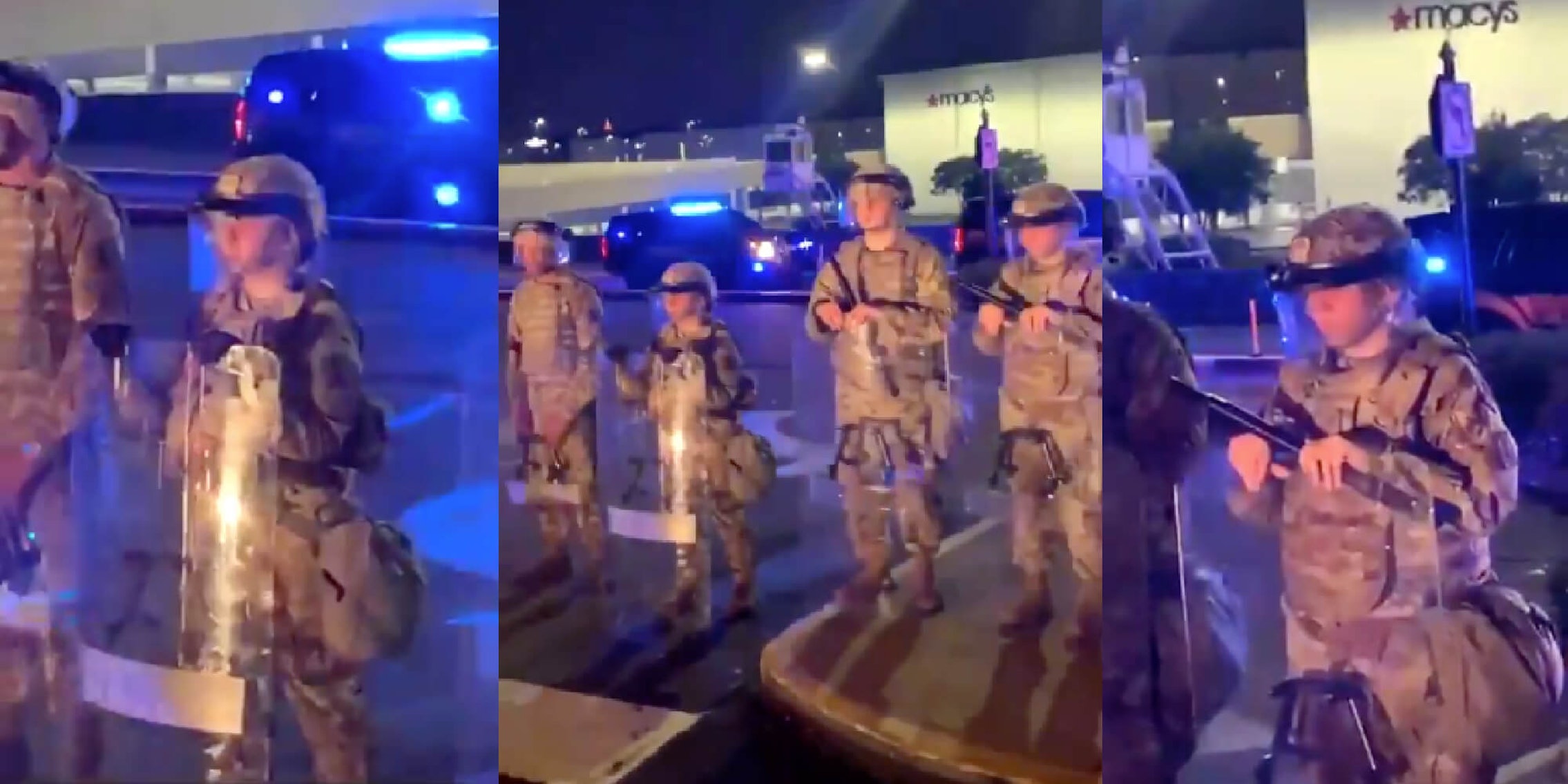 'This is honestly weird. There's literally like a 12-year-old out here.'

Update 3:58pm CT, May 31: National Guard officials of Georgia and Minnesota told a Gizmodo reporter that the alleged “child soldiers” are just small adult soldiers. Following the rampant speculation, the Georgia National Guard released a statement on Twitter, saying, “To become a service member in the Georgia National Guard you are required to be of legal age and that is 18 years old (17 with parents consent). The rumors of us having child Soldiers to assist local law enforcement in protecting lives and property is false.”

Protests continue across the nation in response to systematic racism and police brutality in the U.S., kicked off by George Floyd’s death.

On the fourth night of protests, a video went viral of what appears to be four children standing in a line, wearing military apparel, and holding riot shields in Atlanta. Two of the older ones also appear to be holding batons. On social media, it was alleged the city deployed them. But it remains unclear if the suspected children, who appear to be varying in age, were deployed by an entity or if they were acting of their own volition.

In the video, the alleged minors are standing guard outside Lenox Mall, where there are reports of suspected looting. Firefighters were responding to a fire in the area around the time the video was posted. A person, presumably the one filming, can be heard guessing their ages in the video.

“This is honestly weird. There’s literally like a 12-year-old out here,” the filmer says. “I don’t know what the f*ck y’all got running.”

Update 11:53am CT, May. 30: The filmer of the video, who wishes to remain anonymous, told the Daily Dot they are “completely shocked” the video went as viral as it did. They said they started filming because they “thought it was funny.”

They are now hoping to use the platform the virality of the video gave them to raise bail money for arrested protesters. The fund they recommend giving to is the Atlanta Solidarity Fund, which is “focused primarily on bailing out arrestees, with priority for those who have the most need.”

When asked if the filmer had any last remarks to make on the incident, they said, “Fuck those kids.”

The Daily Dot has reached out the the National Guard.