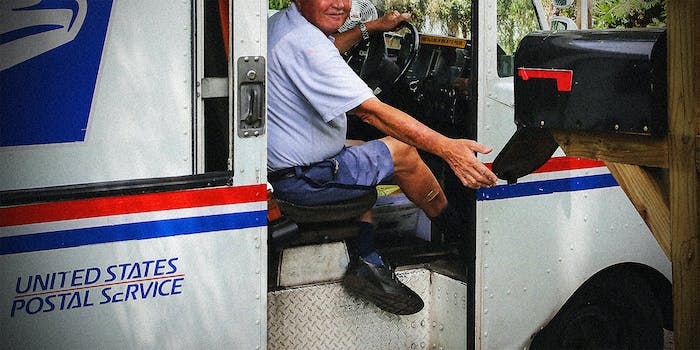 Document reveals the USPS is surveilling posts related to protests.

Known as the Internet Covert Operations Program (iCOP), the previously-undisclosed effort is run by the United States Postal Inspection Service (USPIS), the law enforcement arm of the USPS.

The program involves locating and sharing social media posts deemed to be “inflammatory” with numerous other government agencies.

iCOP is raising serious questions given that the document, a March 16 bulletin shared with fusion centers run by the Department of Homeland Security (DHS), reveals that the USPS has been surveilling comments and posts related to protests.

“Analysts with the United States Postal Inspection Service (USPIS) Internet Covert Operations Program (iCOP) monitored significant activity regarding planned protests occurring internationally and domestically on March 20, 2021,” the document reads. “Locations and times have been identified for these protests, which are being distributed online across multiple social media platforms, to include right-wing leaning Parler and Telegram accounts.”

The document appears to be referring to the “World Wide Rally for Freedom and Democracy,” a protest movement focused mainly on defying COVID-19 lockdown measures.

“iCOP analysts are currently monitoring these social media channels for any potential threats stemming from the scheduled protests and will disseminate intelligence updates as needed,” the bulletin adds.

In a statement on the document, the USPS defended the iCOP’s mission to “protect the U.S. Postal Service and its employees, infrastructure, and customers; enforce the laws that defend the nation’s mail system from illegal or dangerous use; and ensure public trust in the mail.”

“The Internet Covert Operations Program is a function within the U.S. Postal Inspection Service, which assesses threats to Postal Service employees and its infrastructure by monitoring publicly available open source information,” the statement said. “Additionally, the Inspection Service collaborates with federal, state, and local law enforcement agencies to proactively identify and assess potential threats to the Postal Service, its employees and customers, and its overall mail processing and transportation network.”

But civil liberties experts, including Rachel Levinson-Waldman, deputy director of the Brennan Center for Justice’s liberty and national security program, are questioning how spying on discussions about protests is within the scope of the agency’s mission.

This seems a little bizarre,” said Levinson-Waldman. “Based on the very minimal information that’s available online, it appears that [iCOP] is meant to root out misuse of the postal system by online actors, which doesn’t seem to encompass what’s going on here. It’s not at all clear why their mandate would include monitoring of social media that’s unrelated to use of the postal system.”

News of the surveillance program received significant pushback from across the aisle, with everyone from Sen. Ted Cruz (R-Texas) to the American Civil Liberties Union (ACLU) condemning iCOP’s actions.