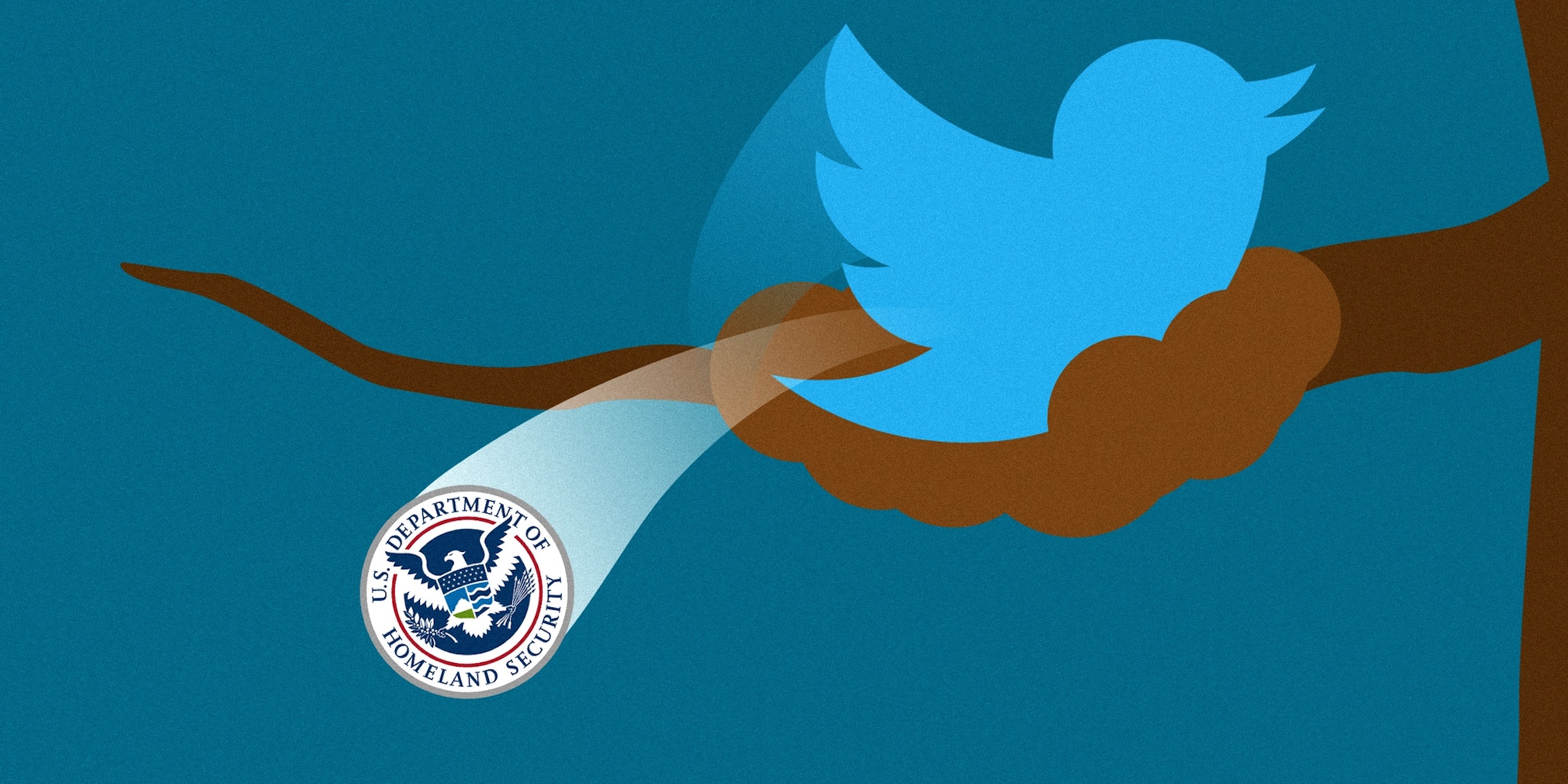 The ACLU announced the company's decision on Thursday.

A company partially owned by Twitter is now actively prohibiting U.S. “fusion centers” run by the Department of Homeland Security from accessing its social media monitoring tool, citing an internal policy prohibiting the use of Twitter’s data for surveillance purposes.

Dataminr’s decision follows inquiries from American Civil Liberties Union (ACLU), which included details about how the centers have been used by federal agencies to gather intelligence on activists and innocent Muslim Americans.

Dataminr’s software is capable of combing through billions of tweets in real-time, pinpointing those of unique significance to its clients. What began as a tool for Wall Street traders is now a highly customizable platform marketed to clients in a variety of fields, including finance, corporate security, and news media.

The ACLU has established that Dataminr—which relies heavily on geo-tagged posts—is also being used at U.S. fusion centers in direct defiance of Twitter’s anti-surveillance policy. The ACLU reports that it received a letter this week from Twitter confirming that Dataminr will no longer be used by “any local, state, or federal government customer” as a tool for spying.

“We already know that government use of social media surveillance has expanded rapidly and has been used to target people of color and activists,” the ACLU said in a statement. “Now Muslim and Latino community members are facing significant threats, important political and social activism is on the rise in areas across the country, and President-elect Trump is poised to hold the keys to the vast and powerful federal surveillance system.”

Records acquired by the ACLU from the Los Angeles Police Department show that Dataminr highlighted how its platform could be used to track protests by analyzing Twitter’s data. “It has become more important than ever to protect against an expanding web of surveillance,” ACLU said.

In a statement, Dataminr asserted that it had never offered the government access to Twitter’s raw user data, and that the ability to export data was not a feature of the platform. “We offer a limited version of our product, which provides tailored breaking news alerts based on public Tweets, to those supporting the mission of first response,” said Dataminr, while emphasizing that it shared in Twitter’s commitment to the privacy and civil liberties of its users.

“We have worked closely with Twitter to modify our product and incorporate feedback that ensures the strongest safeguards are in place for people who use Twitter,” the company said.

Established during the George W. Bush administration, fusion centers are regional counterterrorism and intelligence-gathering offices that connect state and local law enforcement agencies with federal counterparts, including the Central Intelligence Agency and Federal Bureau of Investigation. There are currently 77 fusion centers in the U.S., according to DHS.

The centers were initially designed to address the gaps in intelligence-sharing said to have directly contributed to the failure of the intelligence community to prevent the Sept. 11, 2001, terrorist attacks. In recent years, however, fusion centers have been criticized by U.S. lawmakers and civil rights groups alike, both for violating privacy and civil liberties and for amassing vast amounts of useless information on U.S. citizens not suspected of any criminal activity.

A bipartisan Senate report authored in 2012 claimed that fusion centers often produce “shoddy, rarely timely” reports that have nothing to do with terrorism. After reviewing 13 months’ worth of reporting, the Senate Permanent Subcommittee on Investigations declared that it couldn’t find a single report uncovering a terrorist threat, “nor could it identify a contribution such fusion center reporting made to disrupt an active terrorist plot.”

The Subcommittee’s ranking member at the time, then-U.S. Sen. Tom Coburn (R-OK), described “post-9/11 world” fusion centers as being counterproductive, if not uneconomical. “Instead of strengthening our counterterrorism efforts, they have too often wasted money and stepped on Americans’ civil liberties,” he said.

DHS was further chided by the senators for resisting attempts at oversight, even as five fusion centers were found to have used taxpayer dollars to purchase flat screen TVs and sport utility vehicles, in addition to “cell phone tracking devices and other surveillance equipment unrelated to the analytical mission of an intelligence center.”

DHS did not immediately respond to a request for comment.

Update 1:40pm CT, Dec. 15: This article was updated for context and clarity.

Correction: An earlier version of this article incorrectly identified which company cut DHS’s access to Dataminr. We have updated the article and the headline to account for this correction. We regret the error.