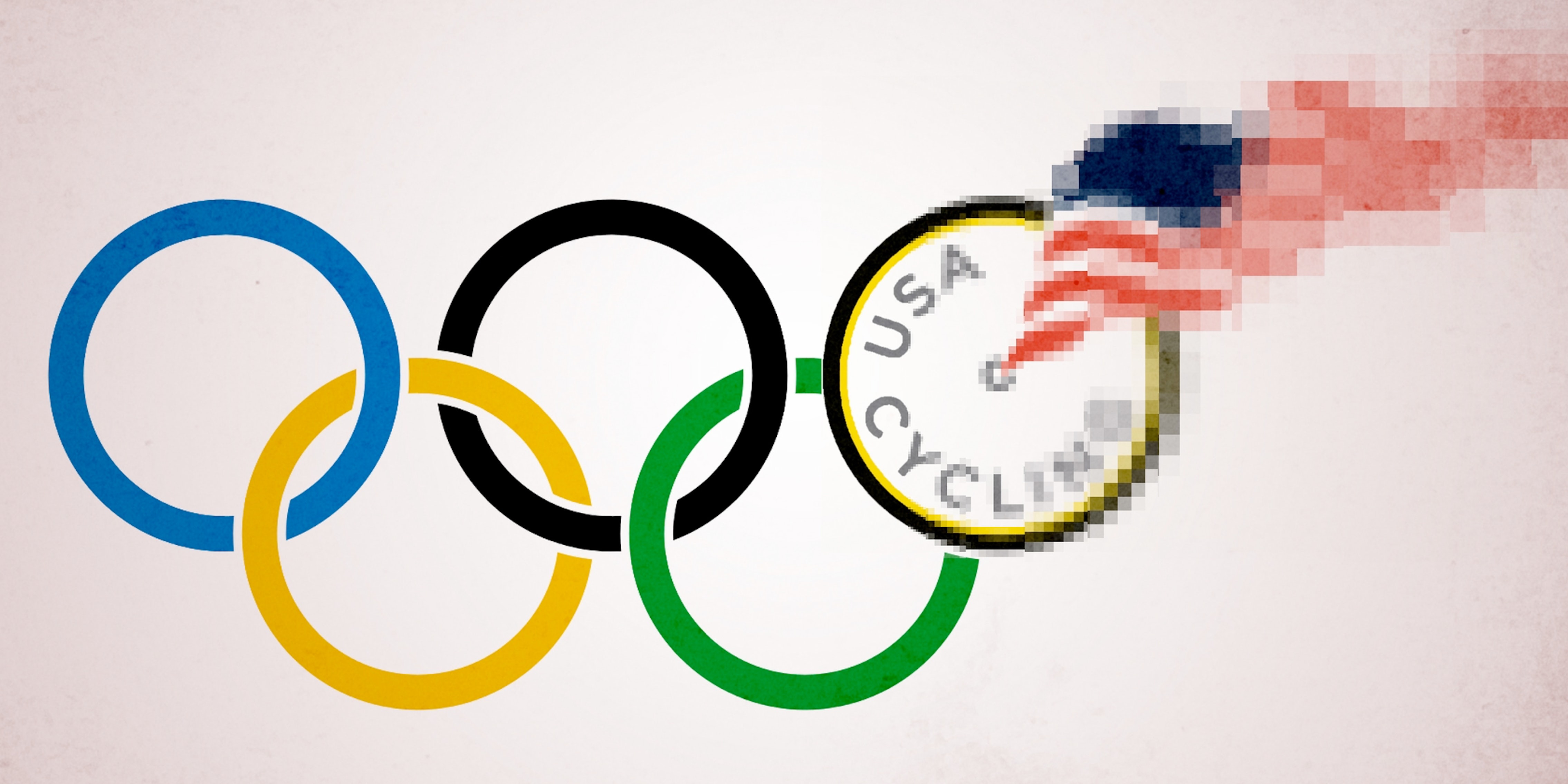 When the British women’s cycling pursuit team took home the gold medal for their record-setting ride, it was viewed as an inevitability. Great Britain’s incredibly well-funded cycling squads are world-class athletes paired with the best equipment money can buy; knocking them off the throne was going to be a difficult task no matter what.

But just behind the British women were the Americans, who will return from Rio with silver medal—the same they snagged four years earlier in London—and a triumph for technology.

While the American team weren’t equipped with the same aerodynamic equipment that helped Britain shave their time down to a world record-setting pace, the riders were able to optimize what they did have thanks to a partnership with IBM that provided the team with insights into their rides that would have otherwise gone unnoticed.

The United States women’s cycling pursuit team and IBM began a relationship last year to solve a considerable problem that plagued the team: an inability to access data about their performances.

The process that Team USA was undergoing to gain insights into their runs was time consuming and inefficient.

“Once you collect [the data], then overnight some poor data scientist has to sit down and spend four hours per cyclist to go through and build what they’re going to go through the next day,” Rod Smith, IBM’s vice president of emerging technologies, told the Daily Dot. “It doesn’t really tie it very well to training. It’s kind of one step removed from that.”

The process took anywhere from several days to weeks at a time to fully analyze and deliver data from training sessions and competitions, leaving too much time between to make proper adjustments; it’s an added challenge to revisit and revise old runs without wiping out any changes made in the mean time.

IBM had the technology to cut down on that turnover time not just to get the analysis into the hands of coaches and athletes quickly, but to give them access to the information essentially in real time. And the biggest innovation came from a device that is already in the pockets of billions of people.

A smartphone attached to the back of each bike operate as the communication hub of the entire operation. The device collects all of the data from a variety of sensors and gathers information about each ride. Power meters on the bike are able to measure a rider’s cadence and speed, while a heart rate monitor and wearable oxygen monitor from Boston Scientific housed in a sleeve that fits over a rider’s leg are tasked with keeping track of vitals.

As the smartphone gathers the information, it does what smartphones do best: communicates. Instead of waiting until the run is finished to pull the data off the device, it’s sent directly to the cloud, where IBM’s hyper-intelligent computer system processes and analyzes the information.

IBM has kept Watson plenty busy since its days of besting Jeopardy! champions at their own game, but playing coach for Team USA is a particularly challenging task for the program that called for a bit of human touch from experts.

“There wasn’t a formula here that you knew what to do. It was very much a journey and investigation,” Smith explained. He said Team USA performance coach Neil Henderson, a sports scientist and cycling and triathlon coach with Apex Coaching, was a “very strong guiding figure” through building the analytics system.

“As we collected data and were able to analyze it and Neil and the head coach could say, ‘Here’s the type of parameters we think are going to be important,'” Smith said.

The coaches received the data as it was processed and pushed back to an iPad that acted as a real time dashboard. The data delivered from Watson showed how each athlete was performing in real time as well as how the team was doing overall—an important aspect to consider in cycling events where an individual may cross the finish line first but is boosted by teammates throughout the race. 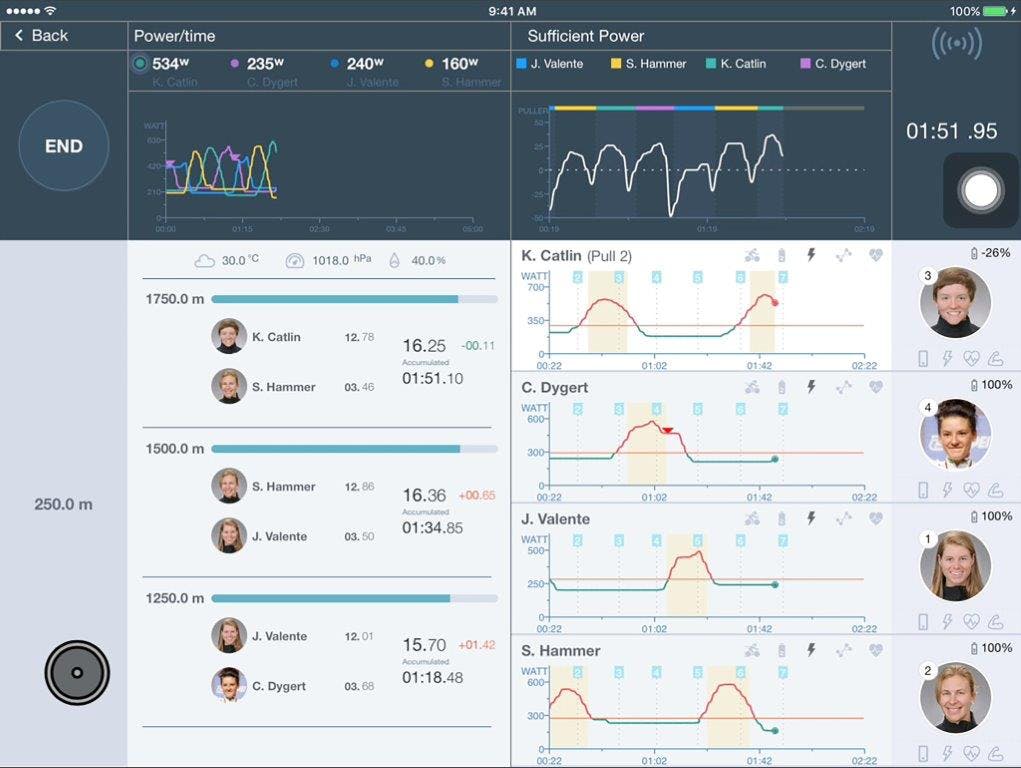 “You can see graphs, waveforms if you will, of how they’re performing as they go around the track and see their oxygen levels digitized as they’re drafting and changing positions as they go along,” Smith explained.

For that information to actually be of value to the competitors, they have to buy into the analytics as well, which isn’t always an easy sell. But the women of the U.S. cycling pursuit team proved to be interested and engaged in the process.

“They are very analytical, and the ladies are very interested in how they perform and what they measure in these performances,” Smith said. “When you can sit down and see your performance after training, you can internalize it. You know how you performed and you can see how you did things.”

The best way to get athletes to try a new training regimen is by showing them results, and the pursuit team saw significant gains in performance, cutting 2.6 to 2.7 seconds off their time, according to Smith. The team sets an annual improvement target for improvement, and one-third achievement toward that target now comes from technology like IBM’s sensor system.

Cutting back on a couple of seconds may not seem like much in the abstract, but it makes all the difference in the world once tire touches track. At the UCI Track Cycling World Championships held in March 2016 in London, the U.S. team grabbed gold—it’s first ever in the event. The race in London was the first competition in which the team saw the impact of its new analytics system.

In Rio, the U.S. team wasn’t able to replicate its first place finish from the World Championships, grabbing silver while just one second off the pace of the British team that took home gold. But they were able to improve upon their performance, cutting their team time by nearly a full two seconds from what they logged in London earlier in the year.

IBM worked exclusively with the U.S. women’s pursuit team for this Olympics, but may expand the system to other interested parties in the future.

Smith sees applications for the sensors beyond the Olympic stage. A commercial version of the system could be feasible at a more consumer-friendly price point, targeted toward “semi-professional or high-end consumers.”

And for the more casual cycling fan tuning into see a race like the team pursuit for the first time, the sensors could offer insight into what exactly is happening.

“It’s a lot more interesting to watch a race when you can see a dashboard that shows what athletes are doing,” Smith said. “It’s kind of like NASCAR. NASCAR kind of went big time when they put all the meters and dashboards in the car so you could see what the drivers were doing.”

Smith hopes sports will continue to evolve to embrace more technology that offer information about the incredible efforts the athletes give during every event. A more connected approach to sports could lead to better performances from the athletes and better insights for the viewers.

“We’re not there yet, Smith said, “but maybe by the next Olympics.”