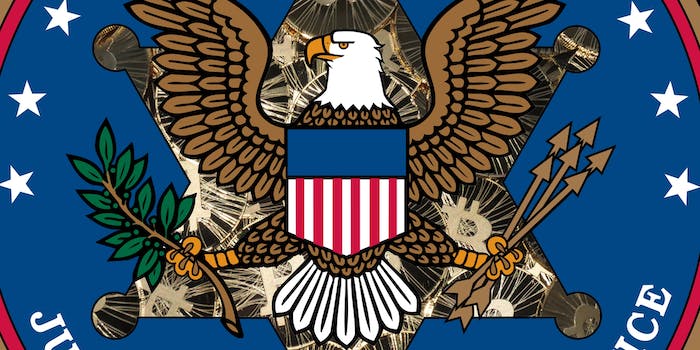 What everyone wants to know is the value of the winning bids.

The Bitcoin community is chomping at the bit to learn the results of an auction that the U.S. government is conducting.

Through the U.S. Marshals Service (USMS), the U.S. government just auctioned off nearly 30,000 bitcoins that it confiscated when the FBI shut down the online drug empire Silk Road last October. The auction took place during a 12-hour period ending at 6pm ET Friday. The Bitcoin trove was split up and sold in nine blocks of 3,000 bitcoins and one block of 2,656.5 bitcoins.

But what everyone wants to know is the value of the winning bids.

Some 45 prescreened registrants placed a total of 63 bids on the blocks, U.S. Marshals spokeswoman Lynzey Donahue told the Daily Dot in an email. Donahue declined to provide an answer as to whether the USMS would eventually disclose the winning bids.

If the Marshals do not disclose the information, another possibility is that the winners could reveal their bids. As of Monday evening, we’ve only heard from those who did not win.

Announcement: The SecondMarket / Bitcoin Investment Trust bidding syndicate for the US Marshals bitcoin auction was outbid on all blocks

Silbert was speaking on behalf of a syndicate of 42 bidders that bid under the banner of SecondMarket and Bitcoin Trust, companies Silbert owns. The syndicate was a way to participate for those who couldn’t afford the $200,000 deposit required by the USMS to bid in the auction.

Asked to discuss specifics about the bids placed by the syndicate, a spokesperson for SecondMarket told the Daily Dot that the company is “not disclosing that at this time.”

In addition to the SecondMarket syndicate, two Reddit users who appeared to be named Josh and Alex posted pictures said to be the emails they received, notifying them that they hadn’t won the auction.

Both of those bids are well under the Bitcoin’s current market, which climbed about $40 to $640 Monday. The bids were also low compared to the $580-$600 price of Bitcoin Friday, the day participants placed their bids. 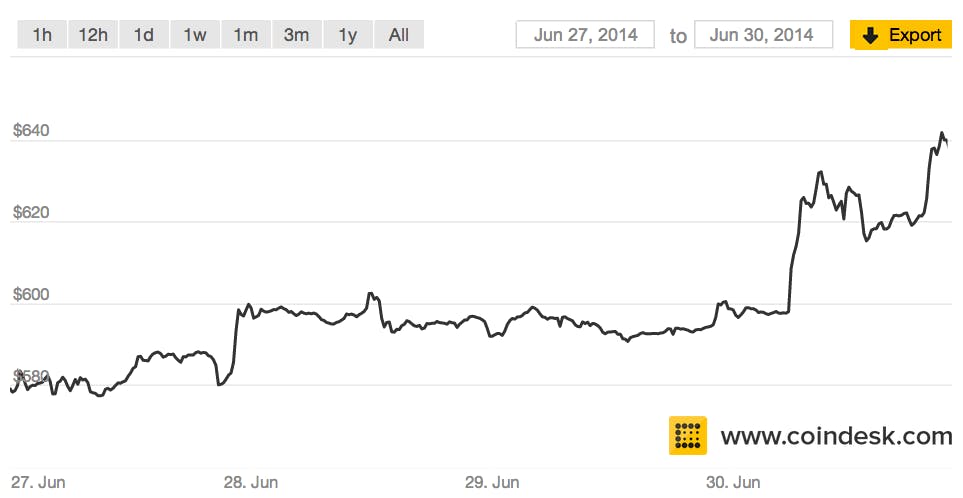 It’s hard to know for sure how the results of the auction will affect the value of Bitcoin. The auction was unprecedented in that normally Bitcoin is normally sold in a manner that’s more similar to how a stock would be traded. In addition, it’s unprecedented for the U.S. government to sell Bitcoin to the public.

The USMS initially revealed its intention to sell the bitcoins earlier this month. To even take part in the auction, registrants had to put up a $200,000 deposit. Though the government didn’t publicly disclose the identities of the bidders, 15 of them leaked through an email mishap for which the USMS later apologized.

Even after lightening its load by 30,000 bitcoins, the U.S. government still possesses more than 144,000 bitcoins that it said it obtained from a hard drive belonging to Ross Ulbricht, who is accused of running Silk Road for nearly three years under the alias Dread Pirate Roberts.

Ulbricht has pleaded not guilty to narcotics and computer hacking conspiracy charges, money laundering, and being the kingpin of a continuing criminal enterprise. His trial is scheduled to begin in November, and it is likely the government will not move to sell the Bitcoin before it concludes.

Update: The U.S. Marshals Service announced Tuesday that one bidder won the entire stock of Bitcoin and that the transfer of bitcoins to that winner is complete. The USMS was previously holding the seized bitcoins in this wallet (https://blockchain.info/address/1Ez69SnzzmePmZX3WpEzMKTrcBF2gpNQ55), which is now nearly empty.

There is still no word on the value of the winning bid.