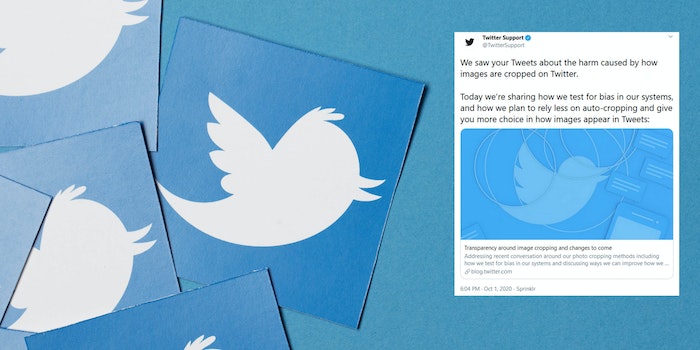 Twitter promises change after being called out for racist cropping algorithm

Twitter on Thursday said it is exploring changes to the way photos are cropped on the platform after users showed last week that its algorithm cropped out Black people automatically.