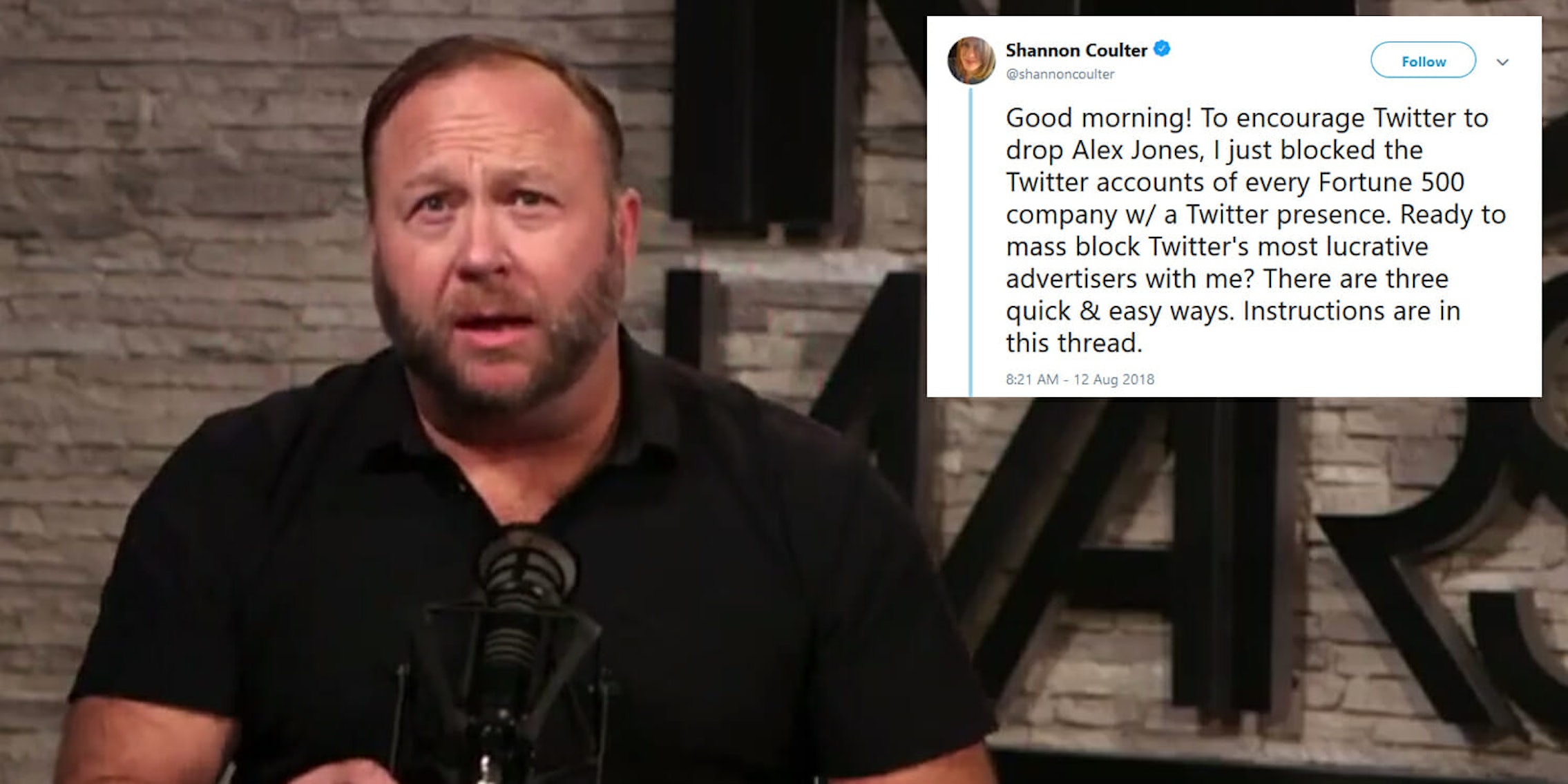 Nearly 50,000 people are blocking Fortune 500 companies that advertise on Twitter to try and pressure the company into joining other social media sites that have banned InfoWars and Alex Jones from using their platforms.

Shannon Coulter, the co-founder of the Grab Your Wallet movement, created a “block list” that allows people to quickly block every Fortune 500 company that has an account on the site.

“Good morning! To encourage Twitter to drop Alex Jones, I just blocked the Twitter accounts of every Fortune 500 company w/ a Twitter presence. Ready to mass block Twitter’s most lucrative advertisers with me?” Coulter wrote in part of a tweet over the weekend, later adding: “When Twitter drops Alex Jones, I’ll immediately unblock all the companies on this list, which means that you will too — instantly & automatically. That’s the power of this method. If enough people participate, it gives Twitter a strong incentive to change for the better!”

Good morning! To encourage Twitter to drop Alex Jones, I just blocked the Twitter accounts of every Fortune 500 company w/ a Twitter presence. Ready to mass block Twitter's most lucrative advertisers with me? There are three quick & easy ways. Instructions are in this thread.

The effort has coalesced around the #BlockParty500 hashtag, with hundreds of people posting about joining the protest.

On Tuesday Coulter said 48,153 people have signed onto the “block list,” which includes a number of prominent companies and brands like the NFL, Doritos, FedEx, eBay, Nordstrom, Disney, Nike, Microsoft, and Walmart, among others.

Earlier this month, several social media sites and tech companies—including Facebook, YouTube, iTunes, Spotify, and even Pinterest—announced they had blocked Jones and InfoWars, which are both known for peddling conspiracy theories, for violating their terms of service.

As other sites blocked Jones and InfoWars, Twitter announced that Jones had not violated its terms of service, sparking outrage online.