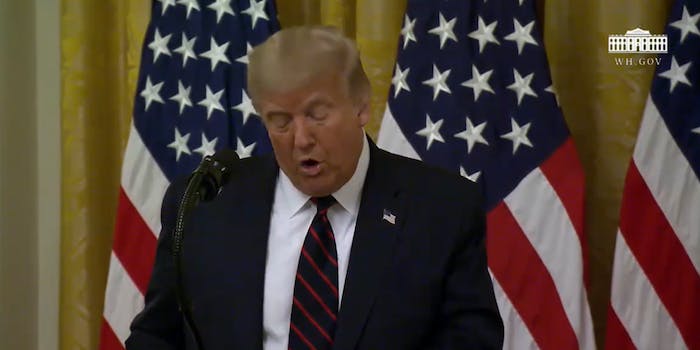 In a statement accompanying the signing, the White House praised the bill, calling it, “one of the greatest conservation acts in decades,” which “addresses the maintenance backlog facing America’s national parks and public lands.”

While touting the bill, Trump made reference to one of America’s greatest environmental gems, Yosemite National Park.

“When they gaze upon yo-semites, yo-sem(n)ites, towering sequoias,” the president said, botching the pronunciation of it not once, but twice, which instantly caused “Yosemite” to trend on Twitter.

The bill establishes a fund from oil and gas developed on federal land to help pay for park maintenance.