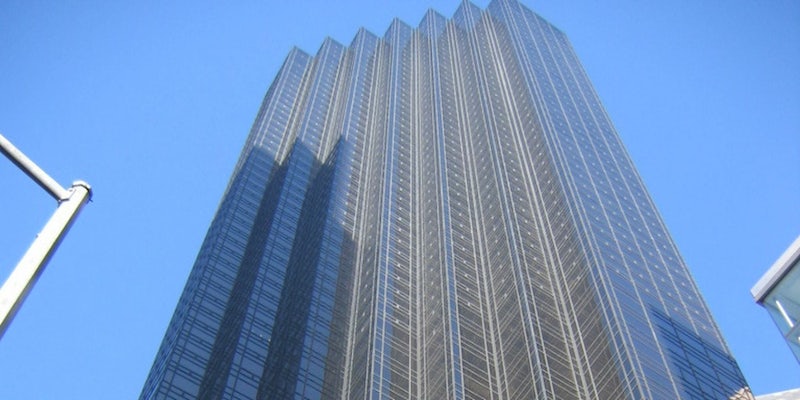 5,000 people aim to ‘crush’ Donald Trump with march on Trump Tower in NYC

Nearly 5,000 protesters have committed to marching on Trump Tower in New York City, the iconic skyscraper that serves as the headquarters of Donald Trump’s leading Republican presidential campaign.

The NYC march, scheduled for Saturday, March 19, comes in the wake of last week’s Chicago protest, also organized on Facebook, which shut down a major Trump rally on the city’s West Side.

New York’s upcoming rally, which is organized by a virtually unknown local group called Cosmopolitan Antifascists, looks to be about half the size of the Chicago event.

Unlike the Chicago protest, the New York event doesn’t coincide with any Trump rally, and it doesn’t boast any major elected politicians backing it.

Other than organizing from within the skyscraper, Trump doesn’t need to hold big events in his home city for some time: New York’s Republican primary doesn’t take place until April 19. 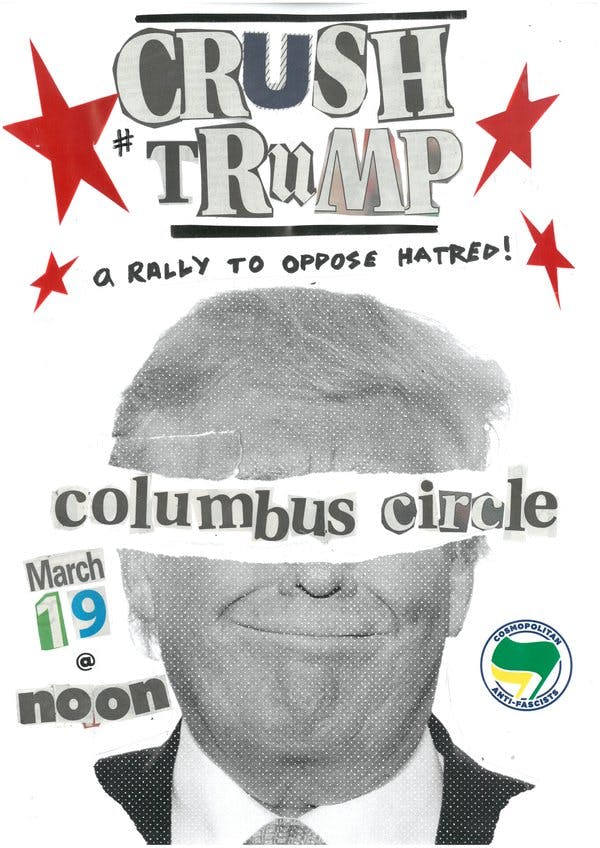 Trump events are attracting an increasing number of protests, stoking sometimes violent responses. The Chicago rally and protest stood out for the immediate and intense focus it attracted from both sides.

Trump recently claimed there’s been “no violence” at his events, but video evidence proves him wrong. Earlier this week, Trump threatened to send his own supporters to “disrupt” Sen. Bernie Sanders‘s (I-Vt.) campaign events in retaliation for protests at Trump rallies. North Carolina police briefly considered charging Trump with inciting a riot but decided against it.

While Saturday’s New York event will be smaller than Chicago’s, it’s still attracted the attention of Trump supporters.

The Trump enthusiasts over at 4chan spotted the protest and dreamed up all the ways they could sabotage it. Breitbart, a conservative news site notorious for its vast base of Trump boosters, spotlighted the event on Thursday. The news site accused the event’s organizers of being “pro-illegal immigration.”

The 2016 race will continue this upcoming Tuesday, March 22, with the Republican primary in Arizona and caucus in Utah. Trump is expecting a big win in Arizona based on the polls, but Utah will likely be a much closer contest.

The race’s tension is not expected to calm any time soon. Trump recently said he expected riots if he didn’t get the nomination at the Republican convention in Cleveland this July. Pro-Trump supporters and protesters say they are already booking their tickets to Ohio.

Correction: An earlier version of this article incorrectly identified the organizer of the anti-Trump rally. We regret the error.

Photo via Urban/Wikimedia (CC BY SA 3.0)