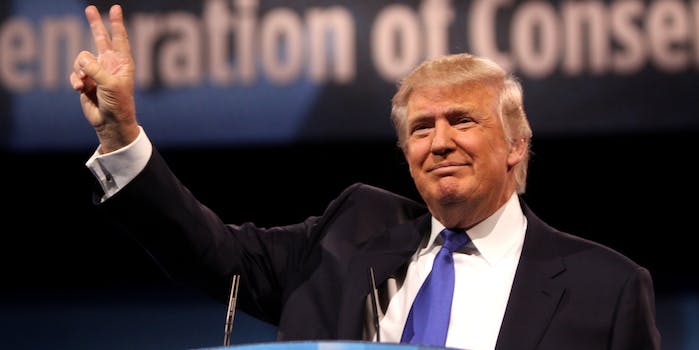 Trump reportedly changed his stance after meeting with President Obama.

President-elect Donald Trump says he will keep a number of key Affordable Care Act provisions intact, after campaigning on the promise of repealing Obamacare, the Wall Street Journal reports.

Trump will reportedly leave rules requiring insurance companies to cover customers with pre-existing conditions, as well as the provision that allows parents to cover their children until 25 years old.

Trump’s shift on the controversial healthcare law follows his 90-minute meeting with President Barack Obama at the White House on Thursday, two days after Trump beat Democrat Hillary Clinton in the presidential election.

The Affordable Care Act is considered the most substantial policy enacted under Obama’s time in office. Some 100,000 people reportedly signed up for insurance under the law in the day after Trump got elected.