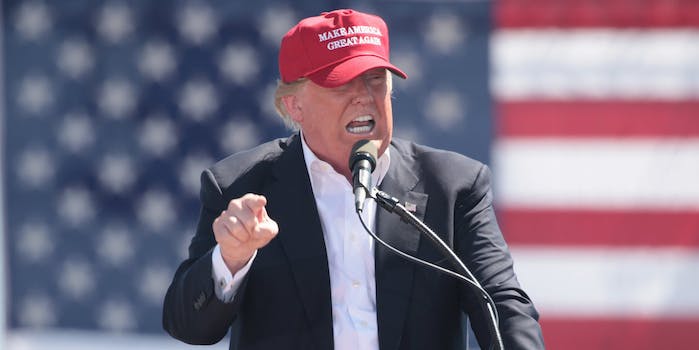 President-elect Donald Trump on Friday said he has requested that Congress investigate the sharing of classified information with reporters, marking a new chapter in his battle with the press.

NBC News reported Thursday night on a classified intelligence report provided to President Barack Obama regarding Russian cyberattacks against American political entities, including the Democratic National Committee, White House, and American companies. NBC based its report on information from two anonymous top intelligence officials who had direct knowledge of the report’s contents.

Trump received a briefing on the classified report on Friday. A declassified version of the report is expected to be released to the public Friday afternoon.

I am asking the chairs of the House and Senate committees to investigate top secret intelligence shared with NBC prior to me seeing it.

In an interview with the New York Times on Friday morning, three hours prior to his briefing, Trump downplayed the intelligence community’s assessment that Russian government hackers attempted to tamper with the election and characterized the focus on it as a “political witch hunt.”

“I believe the Russians have done very nefarious things. I want to understand to what extent and what the intent is,” Corker said. “But then I read in one of your publications what it says, or what portions of it say, it does make it feel political. This shouldn’t be happening.”

The Obama admin/CIA is illegally funneling TOP SECRET//COMINT information to NBC for political reasons before PEOTUS even gets to read it.

Earlier this week, Trump attempted to distance himself from WikiLeaks after he tweeted quotes from its founder, Julian Assange, who said a “14-year-old” could have hacked the DNC.

Assange has repeatedly denied that Russia’s government provided WikiLeaks with emails stolen from the DNC and Podesta. Anonymous U.S. officials, however, told the Washington Post that American intelligence intercepted communications in which Russian officials celebrated Trump’s victory over Clinton as well as the identities of the third-party “actors” they believe provided WikiLeaks with the emails.