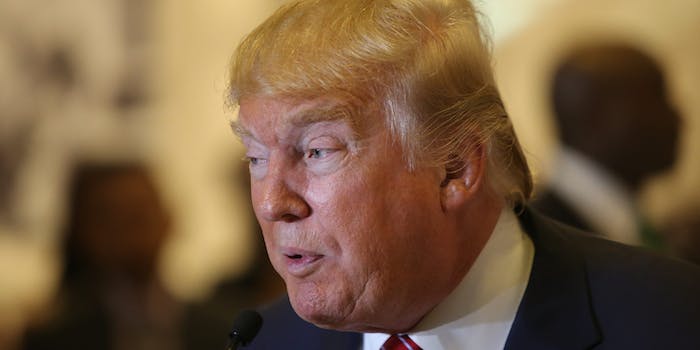 Chief of staff introduces a new system of submission.

Priebus is trying to implement a new system for staffers wishing to submit documents and paperwork to Trump, according to officials speaking in confidentiality with Politico. The chief of staff wants to manage the information that is handed to the president not just because it is required by presidential record-keeping laws but to prevent potential embarrassment.

Trump, who has a habit of reacting very publicly on Twitter to what he reads and watches, has had a number of recent near misses with fake news.

In one extraordinary story corroborated by four senior White House officials, Politico describes an incident in which Trump’s deputy national security adviser, K.T. McFarland, left him a printout of two Time magazine covers. While one cover from 2008 discussed global warming, the other cover, dated to the 1970s, warned of a coming ice age. The latter, as it turns out, was a fake. Panic reportedly ensued in the White House as staffers scrambled to alert Trump to the forgery before he had time to tweet about it.

In another episode last February, an article by blogger and provocateur Charles C. Johnson landed on Trump’s desk. The piece alleged that Deputy Chief of Staff Katie Walsh was “the source behind a bunch of leaks” that had been plaguing the administration and causing Trump much frustration. The article set off several internal investigations and counter-investigations, as officials chased down the allegation and then its source.

Trump’s open Oval Office policy is designed to allow a flow of ideas and information to him; however, according to officials, aides often try to influence him politically and trigger him with news stories—some real, some fake.

Managing the propagation of false information, in general, is a major conversation of the day, but in a presidential administration, it has very real and potentially dangerous consequences. Officials seem convinced that the right news story at the right time can divert Trump’s entire agenda.

As such, the intention behind Priebus’ system to bring accountability to this free-for-all is lost when it is bypassed by so many. In fact, one White House official remarked to Politico that they were “not sure anyone follows it.”