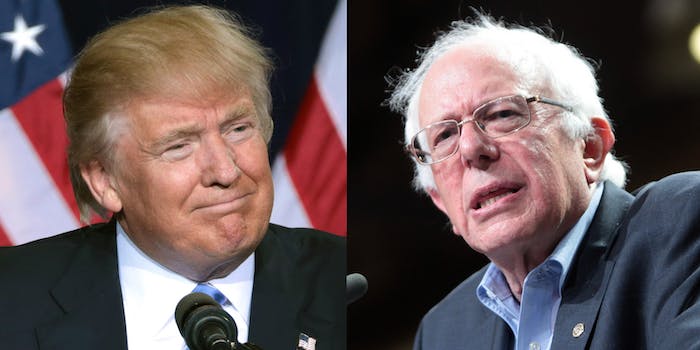 The 2020 nicknames are being workshopped apparently, but one candidate gets an old one.

President Donald Trump is reportedly trying to think of nicknames for the 2020 Democratic primary candidates, but his first choice for one of the frontrunners to likely face him is a recycled one.

The president has been gearing up for the 2020 election by workshopping nicknames for the growing field of Democratic primary candidates, the Associated Press reported on Tuesday.

Here’s the AP report on Trump’s attempts to label his potential presidential rivals:

Inside the West Wing and in conversations with outside allies, Trump has been workshopping other attempts to imprint his new adversaries with lasting labels, according to two people on whom the president has tested out the nicknames. They spoke on condition of anonymity to discuss private conversations with the president. He is also testing out lines of attack in public rallies, exploring vulnerabilities he could use against them should they advance to the general election.

But after reportedly workshopping names for the current crop of Democrats hoping to defeat him in the 2020 election, the president has apparently settled on a nickname he’s used before for the one candidate who nearly squared off against him in 2016: Sen. Bernie Sanders (I-Vt.).

“Crazy Bernie has just entered the race. I wish him well!” Trump wrote on Twitter on Wednesday morning.

The “Crazy Bernie” nickname for the Vermont senator has been used by Trump numerous times on Twitter in the past. Since 2016, Trump has called Sanders “Crazy Bernie” at least eight times.

Perhaps the workshopping will come up with new names as the 2020 Democratic primaries roll on. The president will have his work cut out for him, as the number of people throwing their hat into the ring continues to grow.