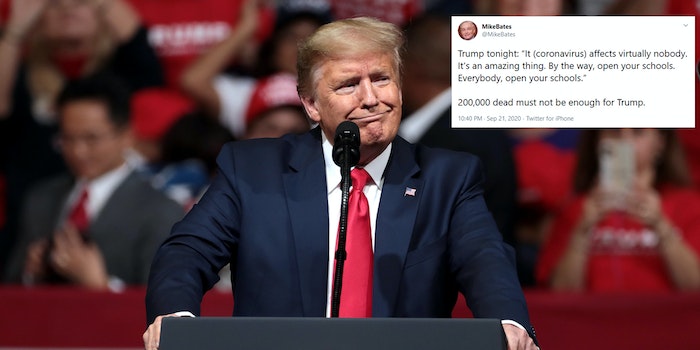 President Donald Trump falsely claimed that the coronavirus affected “virtually nobody” at a campaign rally in Ohio, prompting the internet to point out that around 200,000 Americans have died because of the pandemic.