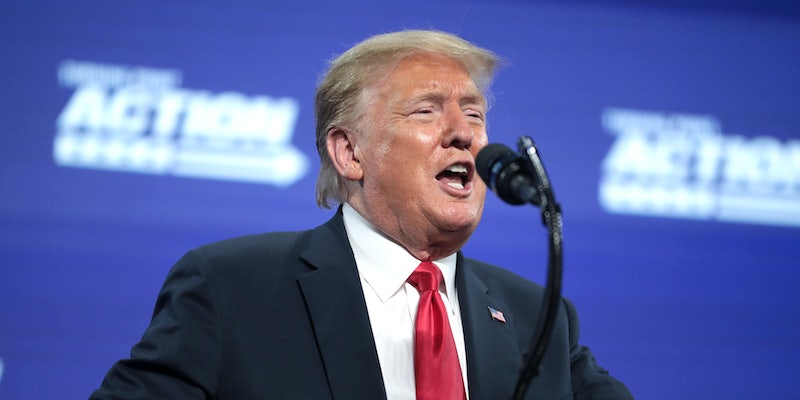 Ginsburg dictated the statement to her granddaughter, according to NPR.

Ginsburg, a champion of women’s rights, died on Friday. She was 87.

Ginsburg dictated the statement to her granddaughter days before her death, according to NPR, saying that her “most fervent wish is that I will not be replaced until a new president is installed.”

That hasn’t stopped Republicans and Trump from moving forward to nominate and hold hearings for a new justice, despite being called out for hypocrisy given what they did when former President Barack Obama nominated Judge Merrick Garland in his final term in office.

The president on Monday baselessly said he didn’t know that Ginsburg’s wish was actually said by her. Instead, the president said that it was written by Democratic lawmakers.

Trump’s statement came as Fox & Friends host Ainsley Earhardt noted that the statement was made to Ginsburg’s granddaughter, but added “allegedly” beforehand.