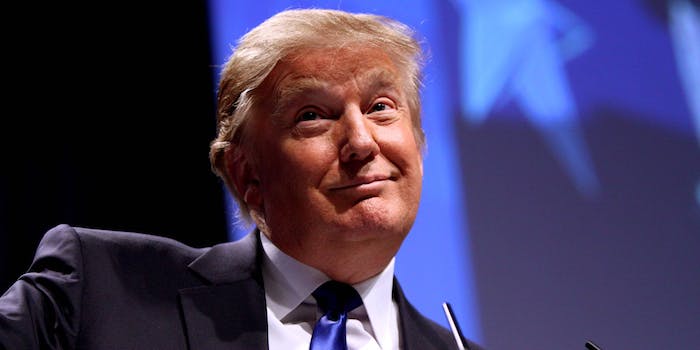 According to the millennial users of the anonymous, location-based social network Yik Yak, 2016 Republican presidential candidate Donald Trump‘s threat of not conceding that presidential election if it doesn’t go his way isn’t just an empty boast.

During the third and final presidential debate of the general election on Wednesday, moderator Chis Wallace asked Trump if he would accept the election results as legitimate. Since the groping tape went public and his poll numbers slipped into free-fall, Trump has started preemptively priming his supporters to believe that the election will be “rigged” by a global conspiracy of financial and media elites. Wallace wanted to get Trump on the record about whether or not this conspiracy theory would result in his refusing to concede a loss.

“There is a tradition in this country, in fact one of the primes of this country is the peaceful transition of power. And that no matter how hard fought a campaign is, that at the end of the campaign, that the loser concedes to the winner,” Wallace asked Trump. “Not saying that you’re necessarily going to be the loser or the winner. But that the loser concedes to the winner, and that the country comes together in part for the good of the country. Are you saying you’re not prepared now to commit to that principle?”

“What I’m saying is, I’ll tell you at the time,” Trump responded, as a good reality star knows, keeping viewers guessing is the key to ensuring they won’t change the channel. “I’ll keep you in suspense, OK?”

Yet, for a candidate with a history of making outrageous off-the-cuff statements and then backing away from them, or pretending as if they were never said in the first place, a lot of people are taking Trump’s comments seriously.

In a survey conducted on its social network after the conclusion of the debate, which boasts a 99 percent millennial user base active on over 2,500 college campuses, 88 percent of said they did not believe Trump will accept the election results. 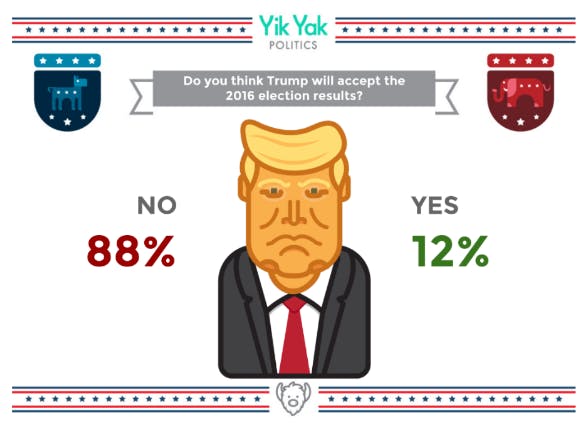 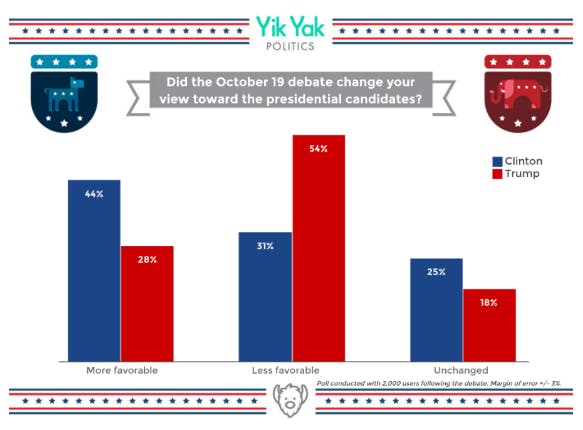