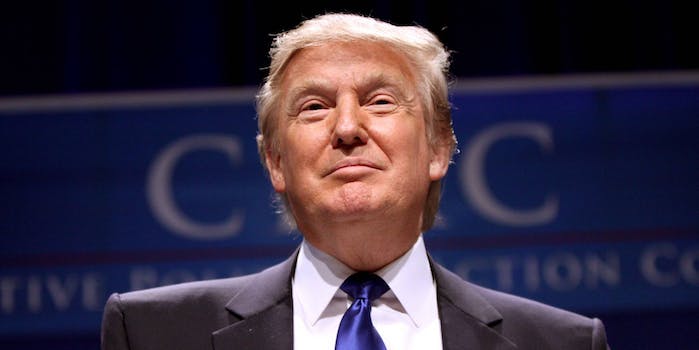 Donald Trump candidacy could be ‘amazing’ or a total disaster, Gingrich says

Those are iffy words from a man said to be among possible vice presidential choices for the Republican candidate.

“I think [Trump] has the biggest upside and the biggest downside of any candidate I’ve ever seen,” Gingrich, who supports Trump, told Colorado’s 9NEWS on Tuesday. “If everything works right, he will be an amazing historic figure. If everything works wrong, he’ll be worse than Goldwater. And I don’t think we have any idea right now which version is going to show up.”

Those are iffy words from a man said to be among possible vice presidential choices for the Republican candidate.

Barry Goldwater was the Republican presidential candidate in 1964. He was on the bad end of a historic defeat, winning just six states against Democrat Lyndon B. Johnson.

Howard Dean, the former Vermont governor and 2004 Democratic presidential candidate, agreed with Gingrich about the unpredictability of the upcoming race.

“To celebrate any presidential election as a done deal is an incredibly foolish thing to do,” Dean said. “Anything can happen in a presidential race. I can assure you that the Clinton campaign is taking Donald Trump very seriously.”

These two aren’t the only ones who believe it’s too early to make a definitive call. In response to a handful of early polls making headlines this week, Nate Silver, a statistician and editor-in-chief of data-journalism site FiveThirtyEight, felt the need to remind the country how early we are in the general-election process.

1. For fuck's sake, America. You're going to make go on a rant about general election polls — in May?

2. The data is consistent with Clinton having a ~6% nat'l lead over Trump. It's early. Trump could win. Also, he could lose in a landslide.

3. State polls are broadly consistent with that ~6% Clinton lead + noise + house effects. Not nearly enough data to say more than that.