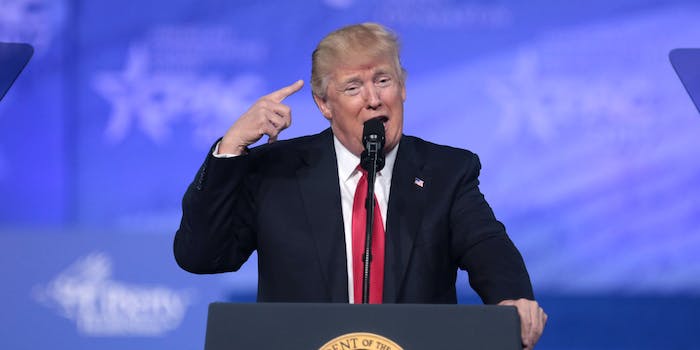 'Blood on our hands!'

Six short months ago, President Donald Trump’s reelection strategy was settled: use the strong economy to make the case for maintaining the status quo or, as the campaign put it: Keep America Great.

Since then, the economic freefall caused by the coronavirus pandemic—coupled with the most widespread protest in a half-century—has rendered that slogan almost farcical.

Over the weekend, the Washington Post reported that Trump’s team is working on a new catchphrase to repeat ad nauseam.

George Conway, frequent Trump critic and husband of presidential adviser Kellyanne Conway, suggested, “He might be a nutjob, but he’s OUR nutjob.”

As usual, Twitter brought the fire—and the photoshop skills—to the #TrumpSlogans party.

“Come for the racism, stay for the treason,” offered one.

“Promise everything. Deliver nothing. Blame someone else. Trump 2020,” was another suggestion.

It seems safe to assume the campaign won’t use any of these suggestions.