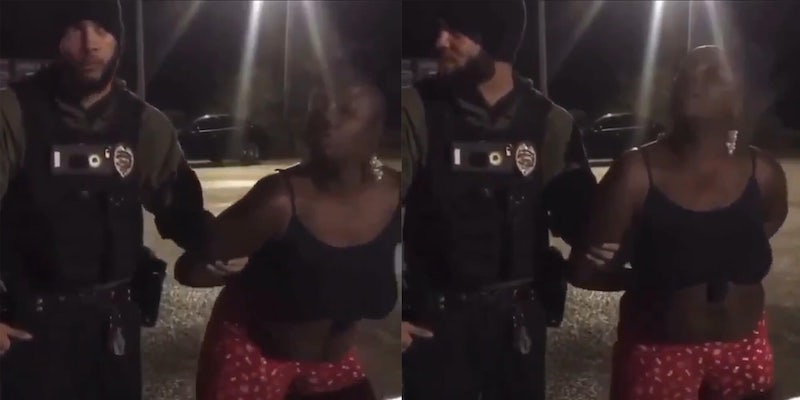 It was the chant heard 'round the internet.

Despite its shortcomings, Twitter is great for two things: Showing the resiliency of the human spirit, and memes.

One woman demonstrated both this week when she was apprehended by a police officer, apparently for no reason. Rather than endure the indignity quietly, the woman took advantage of the fact that she was being filmed and began mocking the cop with the chant heard ‘round the internet.

And it did. Within a day, people were sharing their “You About to Lose Yo Job” remixes, which deliver on the promise of the catchy-as-hell chant.

A different version from DJ Suede the Remix God—which supercuts the original video with clips from Childish Gambino’s “This Is America,” Beyonce’s Homecoming, and Elmo—has been viewed a whopping 6 million times.

The “You About to Lose Yo Job” remix couldn’t have come at a better time, as the Labor Department shared its May jobs report on Friday. Surprisingly, the unemployment rate fell to 13.3% from 14.7% in April, as employers added 2.5 million jobs. President Donald Trump obviously took the opportunity to congratulate himself on the upturn on Twitter, and users had just the response for him.

Meanwhile, thousands of other people continued to share remixes of the song, pushing #YouAboutToLoseYoJob into the Top 10 U.S. Twitter trends on Friday morning. Somebody needs to get this woman into a studio ASAP so she can record an official version of “You About to Lose Yo Job.” The song is already a viral sensation; now it’s time to take over the Billboard charts.