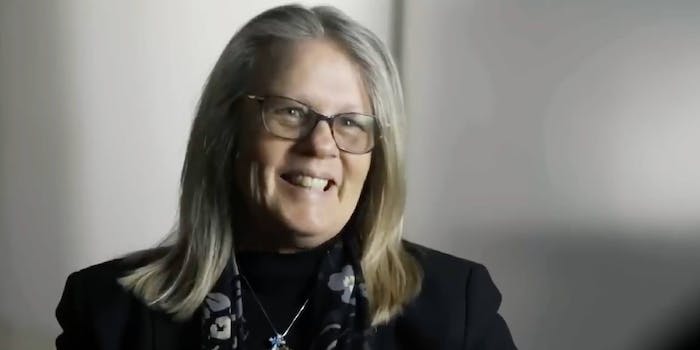 Social media platforms are reportedly struggling to remove the video.

Social media networks are struggling to remove a viral video that is spreading conspiracy theories about the coronavirus pandemic, according to CNBC.

The video alleges to be an excerpt from a larger documentary called Plandemic, which is allegedly set to be released this summer.

The video spread as quickly as the pandemic across various social media platforms—YouTube, Twitter, Facebook, and Vimeo—carrying with it the equally dangerous, misleading information. It rails against masks, falsely claiming they make people sicker. It also falsely claims that people are hurting their immune systems by sheltering in place and that the pandemic is simply a money-making vaccine scheme.

One of the alleged filmmakers shared the video on Facebook, where it received nearly 2 million views, according to CNBC. The video also saw a hefty 1 million views on YouTube in just one upload of it.

The YouTube video in question has since been removed, while a Facebook spokeswoman told CNBC that it was also going to remove the video from its platform due to the mask claim. The video, according to CNBC, was still up on Thursday midafternoon.

Unfortunately, the removal of the videos only gave credence to some already wary viewers.

“Welp it got taken down. Thats like the 4th link I know of in 24 hours, someone reallyyyyy doesn’t want you to see this. So here it is again,” one Twitter user stated, along with the video.

While Twitter has blocked some of the hashtags related to the video, the platform is merely marking the video as “unsafe,” according to CNBC.

As reported in CNBC, in early 2020, the World Health Organization held a meeting with major platforms to discuss handling the spread of misinformation online.

Despite any steps they are taking to crack down on coronavirus misinformation, conspiracy theories such as this one have been running amok, creating a large resistance to efforts meant to alleviate the spread of the deadly pandemic. Healthcare professionals have even given accounts of being pressed by the public to substantiate conspiracy claims.