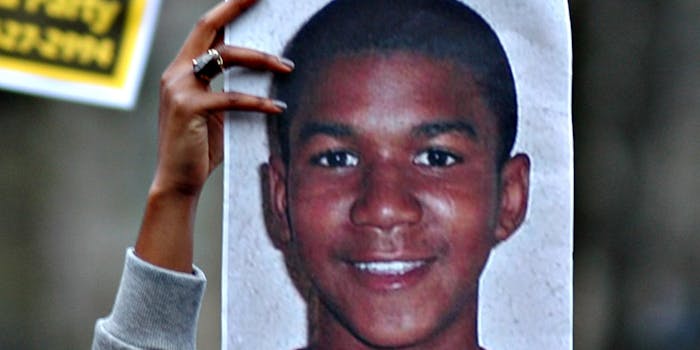 With a photo of himself, Martin, and their mother, Trayvon’s brother Jahvaris Fulton tweeted an emotional response to the celebratory day.

Finally 21. Baby bro, I wish I could take you out for your first drink. #HappyBirthday #Trayvon pic.twitter.com/XYy2NxuYJ9

“I wish I could take you out for your first drink,” Fulton wrote.

Today, Trayvon Martin would be 21 years old. Sending love to his parents & friends. You will never be forgotten. #rp pic.twitter.com/ux0ClLgNpZ

Happy Birthday Trayvon Martin! Your story sparked a movement and for that your name will live on! #BlackLivesMatter pic.twitter.com/KUAdZmoiOZ

My heart is with @SybrinaFulton on Trayvon's birthday. Today I'm carrying the memories of his life she shared with me. -H

For Brandon Patterson, senior editorial fellow for Mother Jones, Martin’s death and the verdict in the trial against Zimmerman has continued to affect his work as a writer. As a sophomore at Howard University at the time of the trial, Patterson was already involved in racial activism on the campus, but says the verdict caused him to increase his efforts

Trayvon was a turning point in my consciousness. It changed me. Happy 21 bday, baby boy. Your life mattered, too pic.twitter.com/LB01bIEfl9

“Trayvon was the point at which… I fully and finally accepted that my reality was just different from other people, and that as a young black man, there was just a different set of rules for me,” Patterson told the Daily Dot. “Trayvon’s death is something that continues to impact me and motivate me.”

Photo via fleshmanpix/Flickr (CC BY SA 2.0)