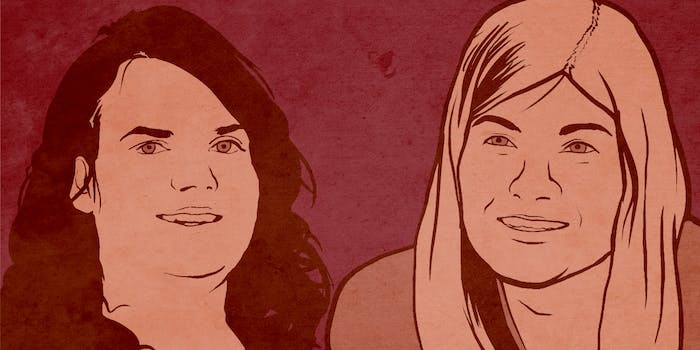 Both are left-leaning Democrats named Misty.

This is a whole lotta firsts.

Utah Democrat Misty Snow is the first transgender candidate for U.S. Senate. Last night, Snow made history by winning that state’s Democratic primary for her Salt Lake City district. But that was just the tip of the iceberg.

While Snow was winning in Utah, another transgender woman was beating rivals in Colorado. Misty Plowright won her own congressional primary, in a conservative Colorado Springs district.

For the first time in history, not one but two trans women won the primaries. Oh, and they both happened to be named Misty.

Both candidates are young (Snow is 30, Plowright is 33) and face uphill paths to election in conservative Utah and Colorado Springs—where each is poised to challenge an incumbent Republican.

Snow’s challenge lies largely in the fact that Utah hasn’t had a Democratic Senator in four decades. A Bernie Sanders supporter, Snow won her primary by leaning far to the left of her moderate rival, a massage therapist named Jonathan Swinton. She beat him by a nearly 20-point margin of 59.4 to 40.6 percent, with a platform largely driven by the fight for a $15 minimum wage and a working-class ethos.

Wealth inequality is much worse than people think. A CEO should not make 380 times more than the average worker.https://t.co/MoQEmWfyis

Plowright’s election would be a massive coup for Colorado Springs, where her Republican opponent Doug Lamborn is seeking a sixth term representing the 5th congressional district. The district has never elected a Democrat. Also a self-described Berner and “Berniecrat,” Plowright’s platform is centered on eliminating trickle-down economics, reducing military spending, and tackling climate change, among other issues.

Keep the faith Berners! Stay registered and keep fighting! We all knew a revolution wasn't going to be easy! pic.twitter.com/KoJJ0BVOT2

So far, the new transgender lobby and future PAC Trans United Fund has been silent on endorsements for either candidate, though it recently went public with a presidential endorsement program.