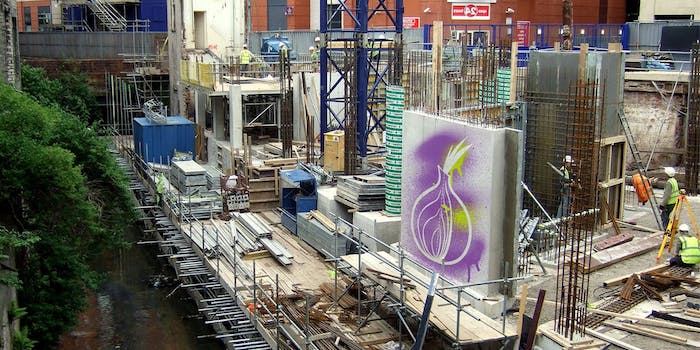 Right now, one of Tor's most famous features has no dedicated developers.

The world’s most popular anonymity network has continually resurfaced in the headlines, and not all of them have been positive. Operation Onymous, an international police bust of at least 17 hidden services like Silk Road 2.0 and Doxbin, is the only latest notch on the belt of law enforcement agencies that have been closely watching Tor users for years.

In the last 15 months, several of the biggest anonymous websites on the Tor network have been identified and seized by police. In most cases, no one is quite sure how it happened.

This uncertainty hasn’t stopped others from filling the void left by the seized websites. A site called Evolution has already replaced its shuttered competitors, including the largest Dark Net market of all time. OpenBazaar, the next generation of decentralized commerce, is also commanding vast attention.

Tor developers have long made clear that hidden services need much more attention than they currently receive.

“While they see a loyal fan-base, there are no dedicated Tor developers to take care of them,” Tor contributor George Kadianakis wrote last year. “This results in a big pile of features that need to be researched, implemented and deployed to make Hidden Services more secure and effective.”

Current issues plaguing hidden services include securely scaling to larger sizes, defending against denial of service (DoS) attacks, and relying on cryptography that is relatively weak compared to the rest of the Tor network.

“The attention hidden services have received is minimal compared to their social value and compared to the size and determination of their adversaries,” a recent Tor newsletter explained.

The details of such a campaign have yet to be revealed. With enough funding, Tor could have developers focusing their work entirely on hidden services, a change in developer priorities that many Tor users have been hoping for in recent years.

Even the name “hidden services” has been up for debate lately, as users suggest that this slice of Tor’s infrastructure be more accurately renamed. Some of Tor’s most senior members, including project inventors Paul Syverson and Roger Dingledine, have suggested the replacement term “Onionsites,” referring to the layered design of the Tor network and its onion routing namesake. The name “hidden services” is generally considered to be too ambiguous and confusing to the average person.

Photo via David Masters/Flickr (CC BY 2.0) | Remix by Rob Price