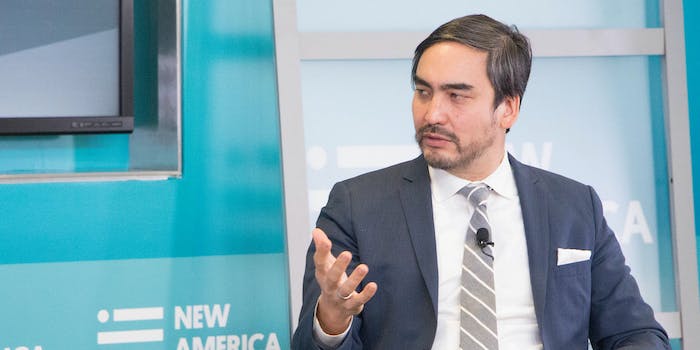 The hire could signal a more aggressive approach against Big Tech.

Tim Wu, a prominent critic of big tech who also coined the term “net neutrality,” is joining President Joe Biden’s administration as a member of the National Economic Council.

Wu and the White House announced the move on Friday morning. Wu will work on technology and competition policy on the National Economic Council. Last week, Politico reported that Wu was likely to join the administration.

The appointment of Wu could signal the Biden administration taking a more aggressive approach to antitrust moves when it comes to big tech giants like Facebook, Google, and others.

Wu is the author of several books, including The Curse of Bigness: Antitrust in the New Gilded Age, and The Attention Merchants: The Epic Scramble to Get Inside Our Heads. He most recently served as a professor at Columbia Law School and served on the National Economic Council during former President Barack Obama’s second term.

Wu also coined the term “net neutrality” in 2002. Since then, net neutrality has become a major tech policy issue in Washington.

The addition of Wu to the National Economic Council was hailed by numerous public advocates on Friday.

In 2019, Wu made his views on antitrust and big tech clear during an interview at the Aspen Ideas Festival. During the interview he said that the country needed to “reinvigorate” the “great American tradition” of antitrust.

“I do think it’s time to really take a hard look at how power is allocated. And I say, again, the American tradition, both in tech and in the economy, is that we believe in decentralized ecosystems and innovators going out there to do their own thing. It’s the American frontier. And it is an older tradition. It is, you know, Theodore Roosevelt, Louis Brandeis,” he said. “That’s what we need to recover, and I think it’s a big part of the answer going forward to some of the dissatisfaction in this country. So antitrust: I’m a believer, and there we go.”