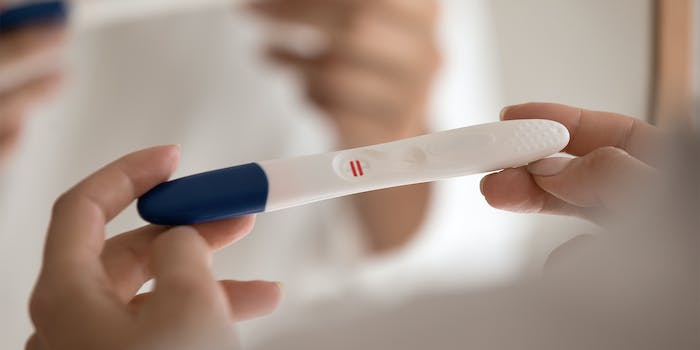 There's no confirmation, despite the claim's virality.

A TikTok with more than 1 million views claims that Texas has already seen its first death from a self-induced abortion following the state’s clampdown on abortion access last week.

In the video posted last week, a screenshot of a text appears. “It has only taken 13 hours to see our first self-induced abortion death in the ER since the bill passed last night…” the unknown sender writes.

The bill referred to in the TikTok passed last week. It bans abortions after six weeks of pregnancy or about two weeks after a woman’s first missed period.

In the comments, @risky.princess claims the text in the video is from her cousin who she said works as a nurse in Texas. She also alleges that the woman who supposedly died was only 17.

@risky.princess did not respond to a request for comment. No news outlets have reported a self-induced abortion death in the state as of Wednesday morning.

Claims that match this though have similarly gone viral on Twitter as well as in other TikToks.

A tweet from Sept. 1 alleged that a death had occurred from a self-induced abortion within 13 hours of the bill’s passage.

“Y’all this literally happened today, I don’t have an article for you to read. Texan nurses and doctors are reporting to friends and family what they’re seeing; we don’t even know this girls name yet,” @CommunistCowgrl wrote in a tweet.

“Believe the story or not, frankly I don’t give much a shit,” the user added. “Plenty of us know this is the new reality for way too many people.”

Whether the allegations made in the video are true, restrictions and bans on abortions increase the number of deaths as women turn to illegal solutions.

After the right to an abortion was protected nationally following Roe v. Wade, illegal abortion procedures and deaths from them plummeted, according to the Guttmacher Institute.

Many have been outraged by the Texas law, which went into effect Sept. 1. Some organized digital campaigns against sites meant to snitch on those seeking and aiding illegal abortions. Many others have criticized officials who supported the bill.