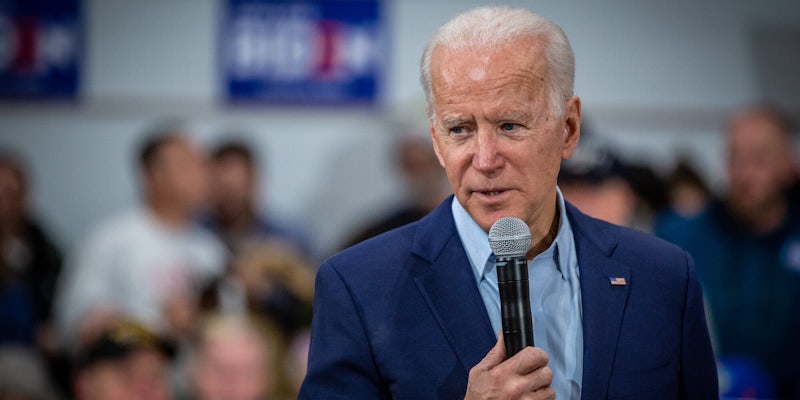 A dark meme compares the sexual assault allegations made against both candidates.

Joe Biden might be the presumptive Democratic nominee, but there’s one section of the electorate he’s clearly still struggling with: the TikTok vote.

In January, a song begging “please don’t make me vote for Joe Biden” went viral on the platform. Now, users are expressing their dismay at having to choose between two presidential candidates who have both been accused of sexual assault.

Last month, Tara Reade said Biden sexually assaulted her when she worked in his Senate office in the 1990s. While Biden has denied the allegations, recent reports have lent further support to Reade’s account. There has since been significant backlash on Twitter over the lack of coverage of the claims in some major publications.

On TikTok, the news fueled a new meme comparing the former vice president with current President Donald Trump. At least 19 women say they have been sexually assaulted by Trump. The president has repeatedly dismissed any wrongdoing beyond “locker room talk.”

As it’s becoming clear leaders on both the left and right are willing to overlook accusations of their preferred candidate, leave it to kids on TikTok to have a moral compass.