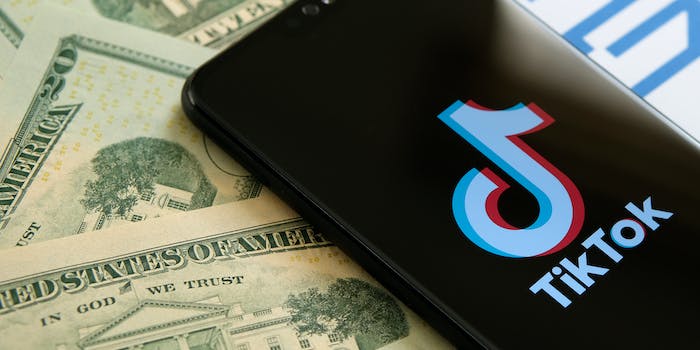 As part of the settlement, TikTok also agreed to stop saving private information.

TikTok‘s owner ByteDance has agreed to pay $92 million to settle lawsuits that allege the app illegally saved and sold user data, many of who were minors.

Lawyers for TikTok users accused the app of collecting private information by using facial recognition without the knowledge of the user. Then, TikTok used that data to help its targeting advertising, according to the lawsuit. As the Wall Street Journal notes, the plaintiff’s included users as young as 8 years old.

Despite settling, the wildly popular app maintains that the allegations are just allegations. However, TikTok’s opposition say it’s a big win for user privacy.

“First, it provides compensation for TikTok users, but equally as important, it ensures TikTok will respect its users’ privacy going forward,” Katrina Carroll, one of the lawyers for TikTok users, said according to NPR.

The settlement covers 21 federal lawsuits from Illinois and California that merged into a multi-district action.

Those suits mirror a lawsuit brought against Facebook for saving biometrics of people in Illinois as well. Facebook settled its case for $550 million. TikTok also settled with the Federal Trade Commission (FTC) in 2019 for allegedly collecting information on underage users.

In addition to the $92 million, TikTok agreed to stop saving identifying information like GPS location and biometric data as well as information from unposted draft videos. It also said it would stop sending user data from the United States to other countries.

This massive lawsuits are only one of the reasons that brought attention to TikTok over the past year. The app has also been dodging former President Donald Trump’s attempted ban.

Trump signed an executive order to effectively ban the app in the U.S. back in August. It ignited a months long battle that seemingly ended with a sale of TikTok to American companies Oracle and Walmart.

But, things have mostly been silent after President Joe Biden took office. His administration said it intends on pausing the ban and sale until it can properly investigate according to NPR.

TikTok maintains that the allegations from the lawsuit are false, but it did not wish to continue in court.

“While we disagree with the assertions, rather than go through lengthy litigation, we’d like to focus our efforts on building a safe and joyful experience for the TikTok community,” a spokesperson told the Daily Dot.