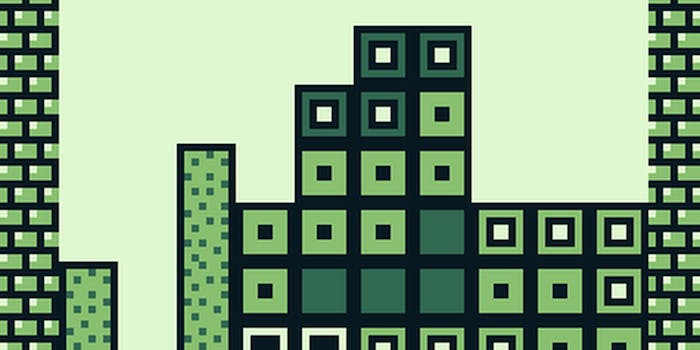 The tiniest Tetris handheld ever will kill your productivity

It's definitely a lot cooler than that old condom you've been keeping in your wallet.

There may be millions of video games out there now that boast incredible graphics and require brain power to remember all the possible controls of, but there’s nothing like the traditional 2D games of yesteryear that make you yearn for simpler times.

Who could forget Tetris? The quintessential block puzzle with the highly recognizable name is arguably one of the most popular video games ever. You can probably download a version of it today on almost any platform—may it be through a gaming console, your PC, or your smartphone—but it’s usually bloated with ads, in-app purchase links, and other unnecessary features. Thanks to a successful Kickstarter campaign, our dreams of playing the old school brick game can now come true.

The Tetris MicroCard is exactly what it sounds like: a gaming console that is the size of a credit card. It uses the same stuff Arduboy—the fully funded Kickstarter campaign featuring an Arduino-powered, miniature Game Boy-like system that lets you play 8-bit games—is made of, only it is oriented vertically, with arrow and action buttons positioned on either side of a centered OLED display.

The Tetris MicroCard is armed with a mircoUSB port for charging and designed to fit inside your wallet or pocket. Unlike the Arduboy, however, the incredibly handy device is bypassing Kickstarter all together and heading straight for pre-orders, for the amount of $49.

The Tetris MicroCard’s price point may seem like a lot of dough to spend for a single-purpose gizmo, but if you’ve got a $50-limit set for your office Secret Santa pool or a super geeky significant other to shop for, this may make a pretty cool gift that requires zero effort on your part. Just remember that shipping is slated for spring next year, so it may take a while for recipients to enjoy the vintage game.