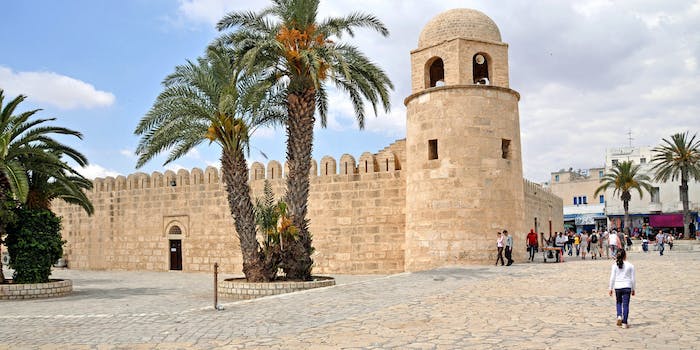 At least 27 have died in Tunisia alone.

Dozens of people were killed today in terrorist attacks carried out on three continents.

In France, an American-owned factory became the scene of a beheading during which the perpetrator planted an Islamic State flag.

In Tunisia, a beach resort and two hotels were attacked and 27 victims and one shooter were killed in a major attack. Local police are currently hunting more gunmen.

In Kuwait City, the Islamic State took responsibility for a bombing at a mosque that injured at least eight people.

PICTURES from #Sousse massacre: At least 27 killed, Many injured (PICS via @MedOmarTN and more) pic.twitter.com/pwMEorF7B2

The France attack suspect has been named as Yassin Salhi http://t.co/OWiunMaceb pic.twitter.com/1BtAjnq1zx

The attacks came around the same time on Friday but the level of coordination is not yet clear but it comes just days after the Islamic State called for a torrent of attacks during the Muslim holy month of Ramadan.

“Muslims, embark and hasten toward jihad,” Abu Mohammed al-Adnani, an Islamic State spokesman, said earlier this week. “O mujahedeen everywhere, rush and go to make Ramadan a month of disasters for the infidels.”