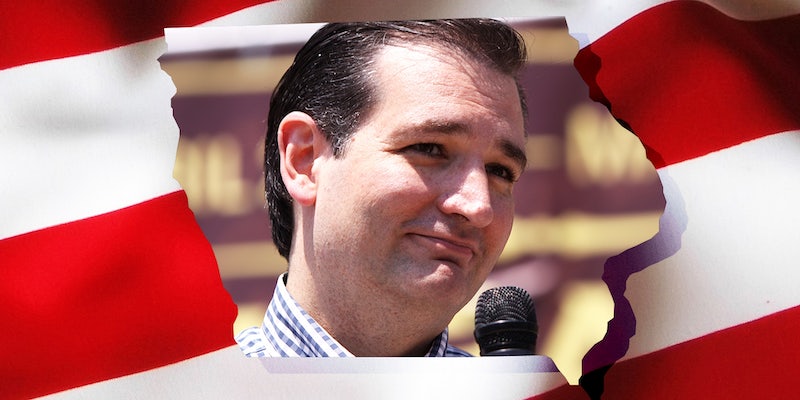 Ted Cruz has won the first contest of the 2016 Republican presidential primary.

With more than 85 percent of districts reporting, Cruz earned roughly 28 percent of the vote, while Trump placed second, with about 24 percent.

“Tonight, the state of Iowa has spoken,” Cruz said in a victory speech late Monday night.

Ted Cruz has already set a record for most Iowa caucus votes received by a single candidate.

Sen. Marco Rubio (R-Fla.) surprised with a strong third place finish that put him less than 2 percent behind Trump. During his speech Monday night, Rubio painted his strong showing as evidence of his chances to win the GOP nomination.

“Tonight I thank you here in Iowa,” Rubio said. “Tonight we have taken a first step and an important step towards winning this election.”

Cruz went all out for Iowa, visiting each of its 99 counties and building an impressive ground game of dedicated volunteers. He had two noteworthy celebrities helping him get out the word—former Fox News character Glenn Beck, as well another reality TV star, Duck Dynasty’s Phil Robertson, who called same-sex marriage “evil” Monday. 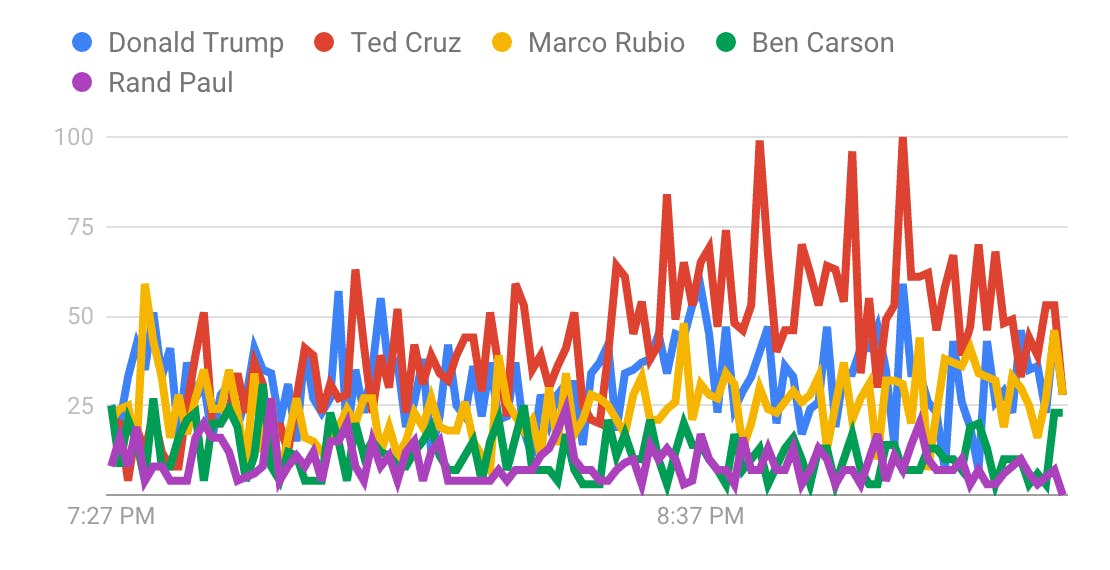 Immediately preceding Monday’s vote, however, Cruz endured a number of blows to his campaign’s narrative. A top commander in the U.S. campaign against the Islamic State utterly rebuked Cruz’s plan for how to eliminate the terrorist group. Kentucky Sen. Rand Paul, another presidential hopeful and one of Trump’s largest critics within the party, mocked Cruz for mailing flyers that appeared to be official warnings from the Iowa state government instead of the campaign ads. And footage of his own daughter visibly recoiling from his attempt to hug her and kiss her cheek went viral.

Despite a win in Iowa, which analysts described as vital for Cruz, the Texas senator faces an uphill battle in the next state to vote, New Hampshire, where he trails Trump by more than 21 points.

The next votes of the 2016 election will take place in New Hampshire on Tuesday, Feb. 9.

Photo via Gage Skidmore/Flickr (CC BY 2.0) | Remix via Max Fleishman