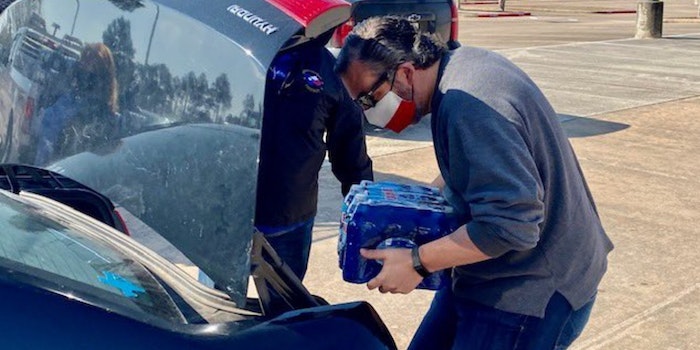 'Dude got bullied into helping his constituents.'

Sen. Ted Cruz (R-Texas) is getting mocked on Twitter after sharing photos of himself loading water into a car following his controversial trip to Mexico.