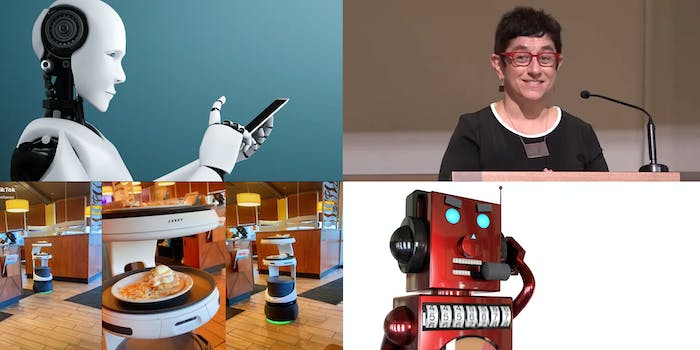 If you feel like you’ve been getting more unwanted sales calls or robocalls lately, you’re not alone.

According to the Federal Trade Commission’s (FTC) National Do Not Call Registry Data Book, complaints about robocalls and telemarketing rose from nearly 4 million last year to more than 5 million in 2021.

More than two-thirds of the complaints concerned robocalls. The FTC reports that it received 20% more complaints about robocalls in fiscal year 2021 as compared to 2020 (3.4 million versus 2.8 million, respectively).

Calls from imposters, such as those pretending to represent government agencies like the Internal Revenue Service (IRS), were reported most, followed by calls about warranties and protection plans. Per the FTC, nearly 500,000 reported calls from the former; more than 400,000 complained about the latter. Third most common were solicitations for debt-reduction services.

Robocalls about extended car warranties have become so prevalent of late that it’s become something of a meme.

According to the FTC, with 2,028 per 100,000 residents, Maryland had the highest per capita rate of complaints about robocalls and telemarketing last year. Delaware, Arizona, Colorado, and Virginia followed closely behind.

Since 2017, Americans have reported 26 million unwanted calls, the FTC noted.

The sun could be charging your [insert thing here] right now

What if your mobile device, car, smartwatch could charge itself just by being outside? The solar energy industry has been stuck for a while now, but Pacific Integrated Energy is changing that.

PI Energy is developing a patented solar nanofilm technology that would allow you to wrap solar paneling around almost any surface, including cars and homes. Learn more about their innovative tech and how you can invest in the future of solar.

Gigi Sohn, the longtime public interest advocate who was nominated by President Joe Biden to be the fifth commissioner at the Federal Communications Commission (FCC), will have a confirmation hearing on Wednesday.

Jessica Rosenworcel’s hearing before the Senate Commerce Committee earlier this month went on without much of a hitch, but Sohn has attracted opposition from some Republicans since her nomination. The right has tried to paint Sohn as an extreme partisan, a notion that has been widely pushed back on—including in op-eds on right-leaning news outlets.

While some Republicans have hurled attacks at Sohn, experts and numerous civil rights, internet rights, and public interests groups have lauded her nomination, noting her extensive experience and qualifications. One group called the nominations of her and Rosenworcel a “dream team for the future of the internet.”

The Senate is moving rapidly with the confirmations of Rosenworcel and Sohn to avoid the possibility of Republicans obtaining a 2-1 majority at the agency in January and finally give Democrats a 3-2 majority.

A 3-2 majority at the FCC would allow it to tackle numerous things, including restoring net neutrality rules—something the Biden administration has urged them to do.

A viral TikTok video purporting to show a robot waiter at a Denny’s restaurant has sparked widespread debate on the future of human labor and job security.

In the footage, uploaded by user @miabellaceo, a robot named “Janet” can be seen delivering two plates of food to a waiting table.

Since being uploaded, the video has been viewed more than 475,000 times. Countless users also flooded the comment section to offer their opinion on the robot.

Many users appeared to be opposed to the robot waiter and argued that it was displacing much needed jobs. “[T]his will sadly replace a ton of jobs over the next decade,” one user said.

“Have the AI finally taken over everything?” another commenter wrote.

With labor shortages ongoing due to the coronavirus pandemic and wage stagnation, more and more food establishments appear to be acquiring robots. Meanwhile, other businesses have opted to simply increases wages in order to bring in workers.