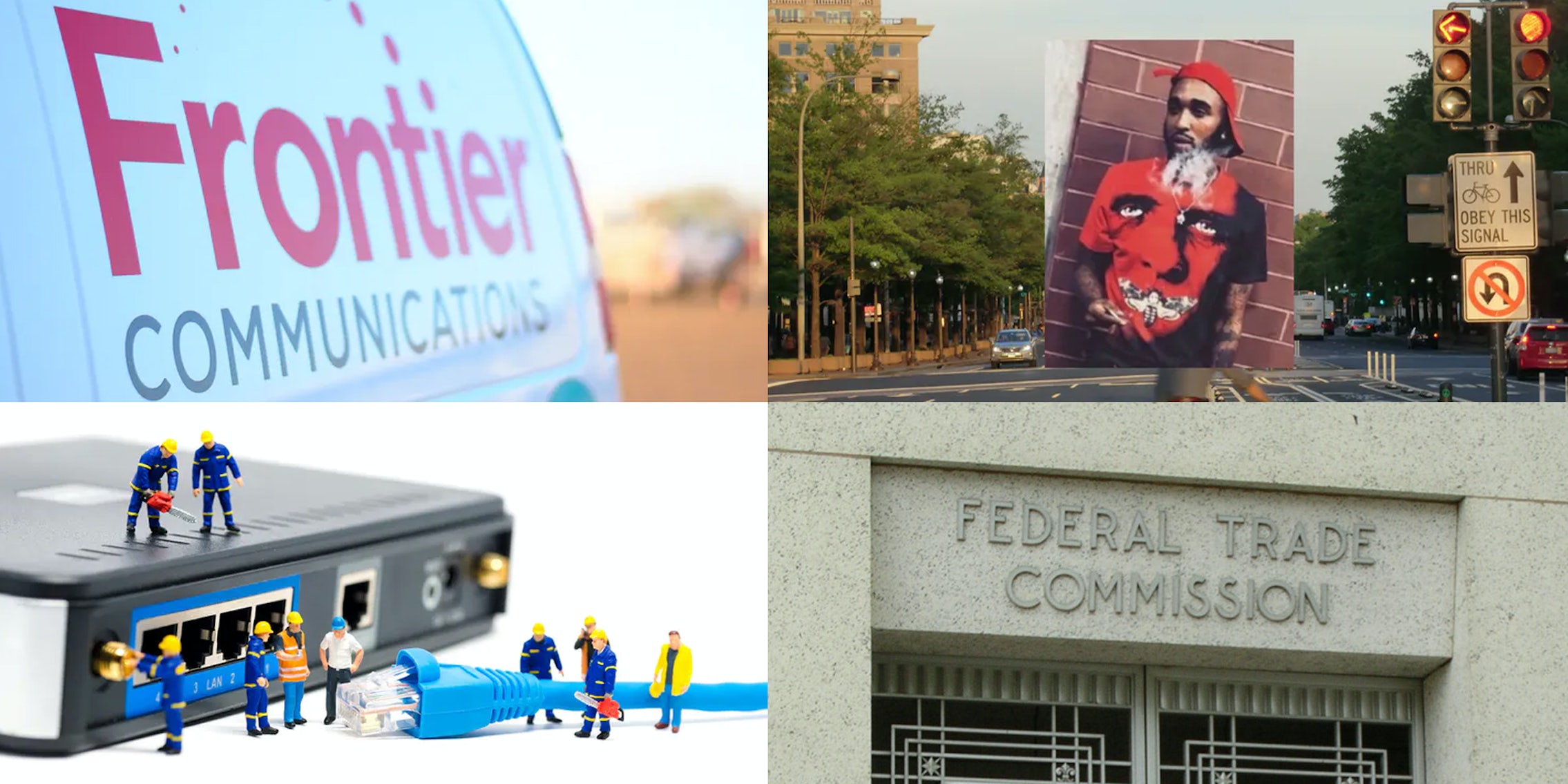 They allege Frontier Communications advertised and sold internet speeds based on download speeds but it did not provide customers with the speeds they were promised. Instead, the FTC alleges, the speeds “often fell far short of what was touted in the plans they purchased.”

“In numerous instances, Frontier has sent consumers advertisements for DSL Internet service at speed tiers that Frontier could not provide to them,” the complaint reads.

The complaint says Frontier has been advertising and selling internet service at speeds that Frontier “did not, or often could not” provide to customers since January 2015.

In a statement to the Daily Dot, a spokesperson for Frontier called the lawsuit “without merit” and said that it would “present a vigorous defense.” The spokesperson added: “Frontier’s DSL Internet speeds have been clearly and accurately articulated, defined and described in the Company’s marketing materials and disclosures.”

Acting FTC Chairwoman Rebecca Slaughter said while the lawsuit against Frontier was important, it showed why the Federal Communications Commission (FCC) needs authority over broadband providers, which was taken away when the Republican-led agency repealed net neutrality rules in 2017.

Slaughter continued by saying oversight from the FCC “may have prevented these violations” from Frontier.

Whether you’re looking to learn more about politics or just want an escape from the endless misery of life, Amazon Prime has a documentary to match your mood. From the unbelievable story of the lost Fantastic Four movie to Stacy Abrams’ fight to restore American democracy there’s something for everyone.

Here are our 40 favorites.

A man placed under investigation by Washington, D.C.’s Metropolitan Police Department (MPD) is speaking out after being accused of spreading hacked data online.

The man, whose identity has not been publicly released, spoke with the Daily Dot after MPD released his photo and described him as a “person of interest” on Twitter.

More than 250GB of data was posted to the dark web last week after the department was targeted by a ransomware gang in late April. The man says he shared some of the hacked files on Instagram, which ultimately led to his account being disabled.

“I know for a fact it was deleted because my page was gaining too much attention and awareness,” the man told the Daily Dot. “The original post I made got shared 30,000 times before it got shut down.”

MPD’s Twitter post on Monday was met with backlash over concerns that the man was being targeted merely for sharing the hacked data.

Reposting newsworthy material obtained through a hack, so long as the individual sharing it wasn’t involved, is generally considered to be protected by the First Amendment. Social media sites have tried to clamp down on hacked data, however, being spread on their platforms.

The Daily Dot reached out to MPD to inquire about the allegations but was not provided any information.

“This is an active investigation and there are no updates at this time,” the department said.

More than 1 million people have signed up for the FCC’s Emergency Broadband Benefit, a coronavirus pandemic-related program that offers monthly discounts to help people pay for broadband service.

The program allows for Americans who meet certain criteria to get a monthly discount of up to $50—or $75 for Tribal lands—to help pay for their internet access.

Congress allocated $3.2 billion for the program late last year, and the benefit will continue until that funding runs out or six months after the the federal government declares an end to the pandemic.

The FCC set up a website for people to learn more about eligibility and to sign up. People from all 50 states; Washington D.C.; the Virgin Islands; and American Samoa have all enrolled, the FCC said.