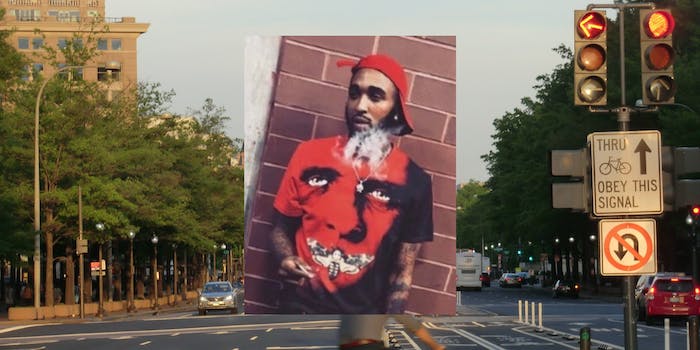 He says he was targeted because of how widespread his posts were shared.

A man placed under investigation by Washington, D.C.’s Metropolitan Police Department (MPD) is speaking out after being accused of spreading hacked data online.

The man, whose identity has not been publicly released, spoke with the Daily Dot on Tuesday after MPD released his photo and described him as a “person of interest.”

“The Metropolitan Police Department seeks to identify a person of interest (pictured below) in reference to the reposting of MPD’s illegally accessed data on social media platforms,” the department wrote.

More than 250GB of data was posted to the dark web last week after the department was targeted by a ransomware gang in late April.

Screenshots of alleged negotiations between police and the cybercriminals, known online as Babuk, showed the group threatening to release the data, which had also been encrypted by the gang, unless police agreed to pay $4 million. In an attempt to keep their files from being leaked, police reportedly offered the group $100,000—which Babuk declined.

The files included, among other things, full background checks on officers as well as arrest records, which the man claims exposed his own personal data.

The man says he shared some of the hacked files on Instagram Monday, which ultimately led to his account being disabled.

“I know for a fact it was deleted because my page was gaining too much attention and awareness,” the man told the Daily Dot. “The original post I made got shared 30,000 times before it got shut down.

The man provided a screenshot of the Instagram post’s statistics that appeared to support his claims.

The Daily Dot reached out to Facebook, which owns Instagram, to inquire about the account’s removal but did not receive a reply by press time.

A search for the man’s handle, however, led to numerous social media posts, including one on Reddit, in which users discussed how the account was allegedly spreading the hacked data.

MPD’s Twitter post on Monday was met with backlash over concerns that the man was being targeted merely for sharing the hacked data.

Reposting newsworthy material obtained through a hack, so long as the individual sharing it wasn’t involved, is generally considered to be protected by the First Amendment. Social media sites have tried to clamp down on hacked data, however, being spread on their platforms.

A Facebook user who saw the man’s posts claimed to the Daily Dot that he had attempted to sell access to the data, which could explain MPD’s interest in his identity if true.

The man would not comment on the allegations that his account had offered to sell the data.

“No comment,” he said. “I don’t believe anyone made any money from selling a link that you can easily access.”

The Daily Dot reached out to MPD to inquire about the allegations but was not provided any information.

“This is an active investigation and there are no updates at this time,” the department said.

It remains unclear whether MPD plans to press charges. The man says he has yet to be contacted by MPD.