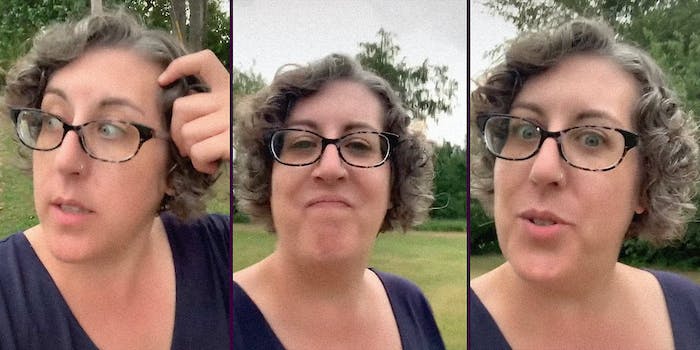 A recent TikTok video by an Iowa teacher encapsulates the struggles of many educators across America whose ability to teach about race and racial equity is being legislated away from them.

The video was posted by Megan Geha (@ms.magoo), a special education teacher in Des Moines, and has created additional conversation and further right-wing condemnation when it comes to critical race theory.

“This is what’s bullshit,” she starts. “Today is the first time our country has recognized Juneteenth as a national holiday.”

Geha also took some time to respond to critics of her video. Geha’s video barely went viral on the platform, with a little over 2,000 views. That didn’t stop various far-right outlets, including Daily Caller, Washington Examiner, and the @libsoftiktok Twitter page from picking it up. Parts of the conservative apparatus seemingly sought to crush Geha in their media and make an example out of her.

However, it’s not clear how well it will work, given many educators seem to share her sentiment.

According to a recent analysis by Education Week, 25 states are currently limiting critical race theory education or (separately) modifying how teachers discuss structural racism and sexism in classrooms. The reality is that the conservative legislatures aren’t directly attacking critical race theory. They seemingly seek to check any education that challenges prevailing narratives about America’s collective history and character.

Critical race theory itself is inherently a study of systems through a racial lens that stems from critical legal studies. It emphasizes the investigation of complicated social and institutional dynamics that lead to disparate racialized outcomes. Republican legislatures have apparently decided to use the term “critical race theory” as a blanket euphemism for all race discussions.

Per a CBS News report, National Education Association President Becky Pringle believes it is a “disservice” to students to not teach them about systemic racism.

“We have a rich history in this country,” Pringle told CBS News. “We need to make sure that all of that history is included in what we teach our students because we believe in them, and we know that when we teach the truth, they will become leaders of a just society.”

And teachers from various corners of the United States are saying critical race theory isn’t even been taught in the way conservative state legislatures deeply fear. Along with critical legal studies, CRT is usually taught at the post-graduate collegiate levels.

The Daily Dot has reached out to Megan Geha.