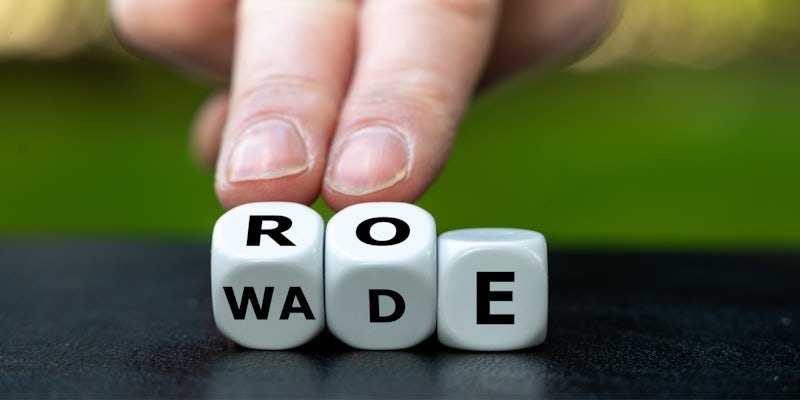 Abortion is now illegal in 13 states—with many more to come.

The United States Supreme Court overturned Roe v. Wade, the 1973 case that protected abortion nationwide. Its decision had been widely anticipated, with Politico reporting in May that the justices had voted to overturn the case.

In Roe, the justices held that there is a constitutional right to reproductive freedom based on implicit privacy rights. Since then, those opposed to reproductive freedom have been challenging and chipping away at abortion rights. The Supreme Court has repeatedly affirmed the case, including in the 1992 case Planned Parenthood v. Casey.

Today, the court sided with opponents of freedom of choice in the Mississippi case, Dobbs v. Jackson Women’s Health Organization.

“Held: The Constitution does not confer a right to abortion; Roe and Casey are overruled; and the authority to regulate abortion is returned to the people and their elected representatives,” the court wrote.

The leaked draft opinion, authored by Justice Samuel Alito, argued that the Supreme Court should’ve stayed out of it from the beginning.

“It is time to heed the Constitution and return the issue of abortion to the people’s elected representatives,” Alito wrote.

Whether people have the right to terminate a pregnancy is among the most polarizing political issues. Though a strong majority of Americans believe abortion should be legal in all or most cases, a substantial number of Republicans are vehemently opposed to reproductive freedom.

The Dobbs decision immediately triggers abortion bans in 13 states. According to the Guttmacher Institute, 13 additional states are widely expected to ban terminating pregnancies in the wake of the case.

Reactions to Roe being overturned were sharply divided, largely along party lines. Many Republicans celebrated.

“The greatest pro-life President in United States history appointed 3 justices to the court,” far-right commentator Jack Posobiec wrote on Twitter. “And they have overturned Roe v Wade once and for all. THANK YOU PRESIDENT TRUMP.”

Advocates for reproductive freedom conversely reacted with dismay and outrage. Many noted that outlawing abortion means that rape and domestic violence survivors can be forced to carry their abusers’ children. Outlawing abortion in half the country also makes it less accessible to the poor, as those with the economic means can travel to places where abortion is legal.

“The Court’s decision to overturn Roe endangers women everywhere, by taking away their right to make their own health care choices,” Rep. Adam Schiff (D-Calif.) added. “This court isn’t conservative—it’s partisan, with a socially backward agenda. They can’t be trusted to protect our rights, so the Congress must.”

The decision will undoubtedly have reverberating effects on reproductive freedom for years to come.