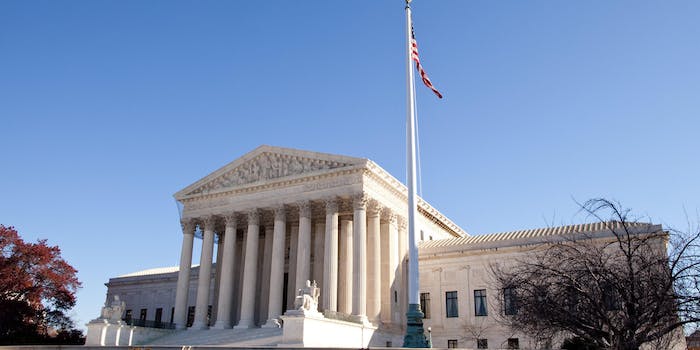 The Supreme Court is now teleworking, and you can listen along

Like your office, the Supreme Court is now navigating the world of teleconferencing.

It took more than 200 years and a global pandemic to happen, but the Supreme Court is now allowing the public to listen in live on oral arguments.

After postponing cases in March and April due to coronavirus, the court announced it would take the historic steps of holding arguments via teleconference and broadcasting the audio live.

On Monday, the justices all gathered virtually for United States Patent and Trademark Office v. Booking.com B.V., testing the new system for the first time.

The argument, hinging on whether “Booking.com” can trademark its name, was helmed by Chief Justice John Roberts, with other justices asking questions in order of seniority. Twitter followed along with the audio, with one courtroom sketch artist even imagining the scene on each end of the call.

Overall, the hour-plus argument had few glitches, though Justice Sonia Sotomayor did appear to make the classic mistake of leaving herself on mute when it was her turn for questioning.

But the real breakout moments of the broadcast came from Justice Clarence Thomas. Known for staying silent during proceedings, Clarence chimed in with multiple questions. Before this hearing, he hadn’t spoken during arguments for over a year (and before that, three years).

Transparency advocates, who have been arguing for more access to court proceedings for years, cheered the live format, which will be repeated for nine more cases in May.