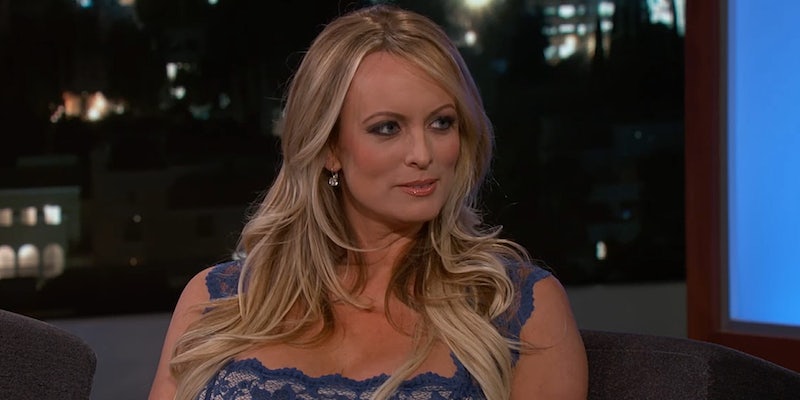 The lawsuit was filed in Los Angeles County Superior Court.

Stormy Daniels—the adult film actress whose alleged affair with the president has dominated the news in 2018—thinks she’s found a way to ensure her tale gets fully told: She’s taking Donald Trump to court.

Daniels is suing to release her from her non-disclosure agreement with the president, which prevents her from speaking publicly about the details of her relationship with Trump, whatever those may be.

According to the lawsuit, Trump was party to the agreement Daniels signed, which paid her $130,000 to keep her from telling her story in the wake of the Access Hollywood scandal in the run-up to the 2016 election.

But Daniels lawyers claim Trump, who in the agreement used the pseudonym David Dennison, never signed the agreement, nullifying it.

The lawsuit claims Trump intentionally refused to sign it so that he would have deniability in case the agreement ever came to light. But because of that, Daniels argues she’s not bound by the parameters of the agreement.