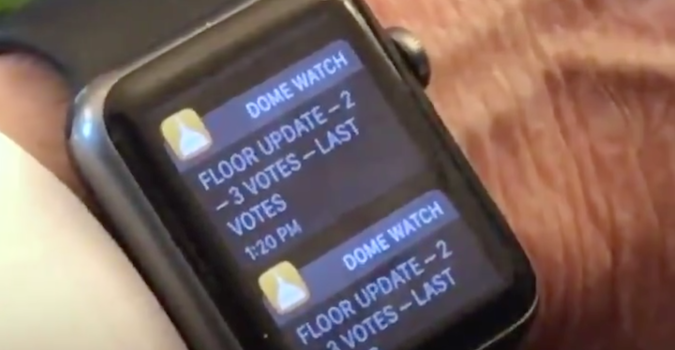 Steny Hoyer has an app—and it's great.

Covering Capitol Hill can be a pretty brain-melting endeavor.

There are 435 men and women in the House of Representatives and 100 in the Senate. And under Trump, something different seems to be happening every day, whether it’s one of his officials testifying before a committee or some scandal Congressional Democrats are promising to investigate.

To keep track of the hectic days on the Hill, reporters use a handful of tricks—there are a few newsletters and daily email blasts that are useful —but one of the key tools is actually an app put together by the office of House Majority Leader Steny Hoyer (D-Md.).

It’s not just reporters who are using the app, which is called Dome Watch. I was introduced to it several months ago by a lobbyist. And when I ask a Congressional staffer—Democrat or Republican—what we’re looking at for votes, they almost always check Dome Watch.

Before Hoyer was the Majority Leader (and before the Democrats flipped the House) the app was called Whip Watch (when Hoyer used to be the Minority Whip), It sounded a bit snappier. but it’s since been retooled. Now, though, it’s a lot cleaner.

A few months ago, during a pen and pad briefing, Hoyer introduced reporters to the updated app. He did that with the help of a corny video that highlighted new features.

In the video, he highlights the fact that Android users can now use Dome Watch also. The new app apparently makes the live vote more accurate, meaning that you can track votes as they’re happening. It also syncs with Apple Watch.

And one new feature is particularly exciting—real-time video whenever the House is in session.

During the briefing, Hoyer introduced the video to the press by saying, “if you’re not using Whip Watch, it is, I think, a very useful tool for you to use … I’m not the whip so we’re going to call it Dome Watch, and this will you give you some real-time information in respect to the proceedings on the floor.

After the clip, Hoyer said: “we’re blessed in the House to have some people who have some extraordinary talent.”

He went on to congratulate one of his staffers and say, “I’m always worried that some crowd is going to come in and offer [him] three or four times what he’s making.”

But he’s not just blowing smoke, the Majority Leader’s app is actually really good, that’s the reason that so many people use it. 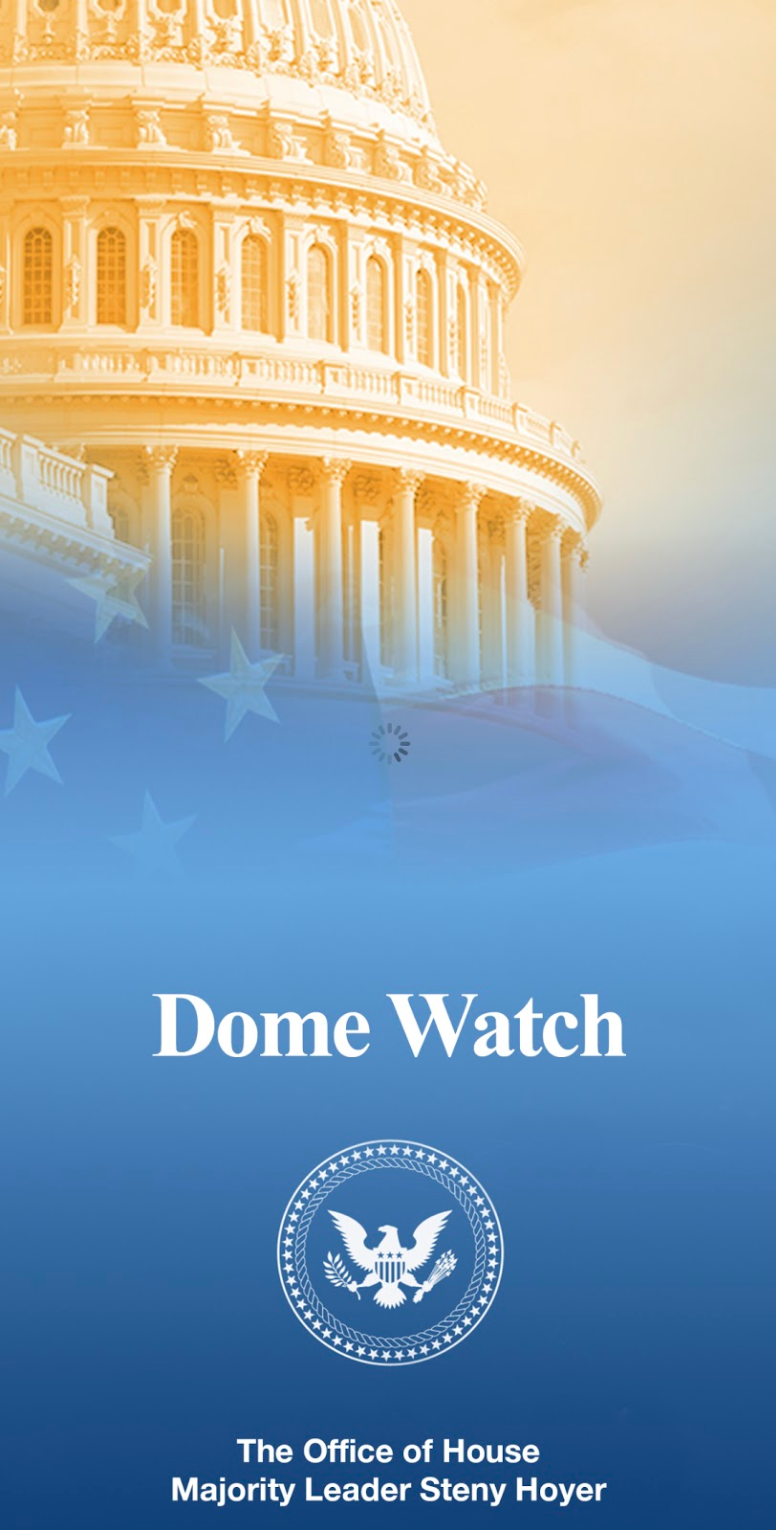 In the app, there’s an interactive calendar that shows you when Congress is in session—which might not seem like a huge deal, but it’s a necessity for reporters (and presumably staffers) who are trying to figure out schedules.

There’s also a “jobs” tab, which means that whenever a member of Congress (it’s always Democrat listing) is looking for a staffer, the advertisement is blasted out into everybody who has the app. And that includes a lot of current staffers. That information is pulled from the Democrats’ internal caucus site.

Probably most importantly for Hoyer, there’s a press notification. It might sound like a dumb, little wonky sidenote, but Steny Hoyer is the majority leader and his press releases give us a lot of insight into the party. Having them blasted directly as press notifications is helpful for everybody.

Of course, the dominance of this app on Capitol Hill raises a lot of questions. There are no advertisements on the app, but if there were, the developers could charge absurd prices because the people who use Dome Watch are some of the most important people in the nation in terms of influencing legislation.

As an example, D.C.’s morning newsletter—Politico’s Playbook—always features advertisements from companies with huge lobbying interests. Recent examples include the American Beverage Association, Juul, and the U.S. Chamber of Commerce.

Additionally, there’s the issue of partisanship. The app is pretty straightforward but it definitely favors the Democrats and especially the Majority Leader. Hoyer’s press releases hit every phone with push notifications, usually multiple times a day. Here’s an example of what that looks like:

There’s not a Republican version of Dome Watch, but it’s hard to imagine that many people would make the switch unless there were better features.

A Republican source on Capitol Hill told The Daily Dot that the Republicans have no plans to compete with the app.

And Caleb Smith, who serves as the Digital Communications for House Minority Leader Kevin McCarthy, told us “Leader McCarthy is a strong supporter of utilizing technology to make government more effective, more efficient and most important, more accountable. Every day, we meet people where they already are—directly in their social media feeds and email inboxes—to communicate about the progress going on in the People’s House.”

It might be the one place were Republicans don’t have an issue with left-leaning tech.